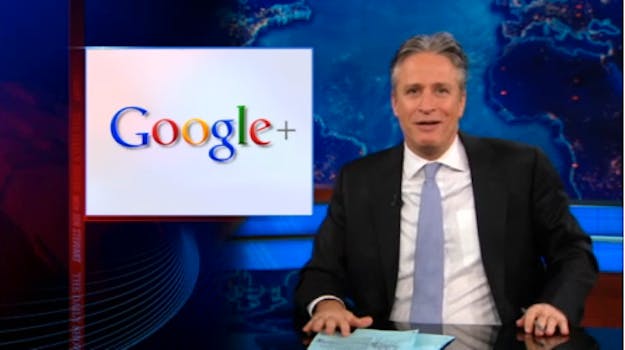 “Google, I am shocked,” Jon Stewart joked Wednesday night. “You stole people’s personal information without their permission? That is Facebook’s job.”

Google has come under fire again from the government for its controversial Street View project, but that wasn’t really interesting until Jon Stewart chimed in.

On Wednesday night’s The Daily Show with Jon Stewart, the host lambasted the government’s ruling against the search giant. Google is coming under heat from the U.S. Attorney General’s office and the Federal Communications Commission for how it obtained people’s emails, passwords, and Internet usage history over insecure wireless networks.

“Google, I am shocked,” Stewart deadpanned. “You stole people’s personal information without their permission? That is Facebook’s job.”

The Federal Communications Commission (FCC) asked Google to release employee’s names on who was involved with the Street View project but Google declined.

“Well, if you don’t want to tell anybody, you should put that information on Google+,” Stewart joked. He added that he hopes Google has “disaster insurance,” because they’re about to be fined heavily.

“25 large… that’s nothing,” screamed Stewart, adding that amount is less than a fine for a flashy touchdown dance in the NFL. “Google makes $25,000 in the amount of time it took me to say the words twenty-five thousand dollars.”