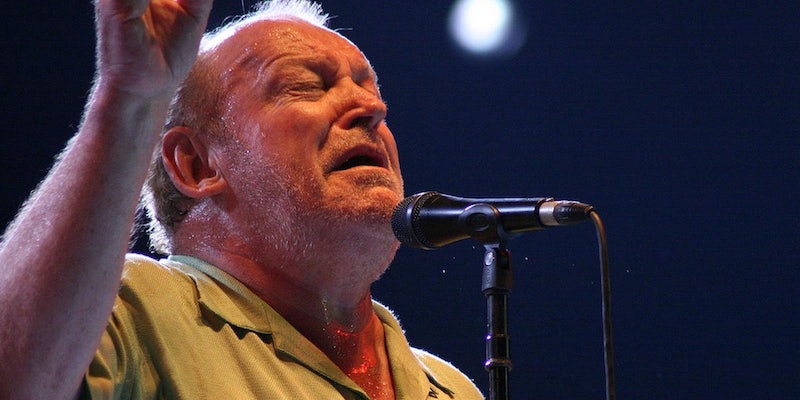 Play Cocker out in fitting style.

Soul singer Joe Cocker passed away Monday at 70 after a long battle with cancer. The Sheffield, U.K.-born singer was blessed with pipes that could wave like curtains in hurricanes. Cocker is most known for his cover of the Beatles’ “With a Little Help From My Friends,” and in general for covering other people’s material in hungry, soulful fashion.

As such, it’s most fitting to play out Cocker with this unbelievable John Belushi impression from Saturday Night Live circa 1975.

For a comparison, here’s Cocker performing the Box Tops’s “The Letter” with the Grease Band.

Cocker reportedly enjoyed Belushi’s impression, by the way, and showed up a year later on SNL to perform another cover, “Feelin’ Alright,” alongside Belushi.