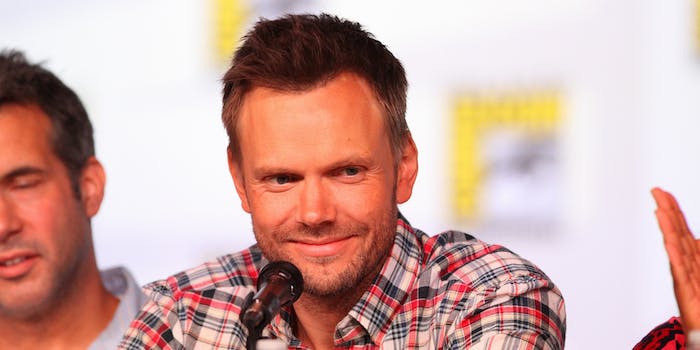 Is Joel McHale headed for late-night?

Norm Macdonald confirmed it on Twitter, but so far he's the only one.

Could we finally have a new host for The Late Late Show?

If you take it from Norm Macdonald, who has been crusading for Craig Ferguson’s job ever since the late-night talk show host announced that he would be leaving his show at the end of 2014, Joel McHale will take the reins come next year.

Congratulations to @joelmchale, the new host of the late, late show. The #latelatenormnorm should be extinguished, unseemly now. Thanks, tho

Rumors have been flying as to who should replace Ferguson ever since he made the announcement last month. Neil Patrick Harris already turned down the gig, citing that he would get bored with the talk show format, but now Joel McHale is reportedly now the frontrunner for the gig.

The host of The Soup previously shot down any talk that he would Ferguson because he was still contracted to do Community, but now that the show has been cancelled, he would be free to take over.

He recently had dinner with CBS Corp chief Les Moonves and Julie Chen after successfully hosting the White House correspondents’ dinner, which could mean absolutely nothing—or everything. It’s certainly enough for people to start speculating.

McHale, for his part, isn’t confirming or denying anything, but he is having a little fun with people waiting for a huge announcement of some sort.

So until it’s officially announced, there’s still hope for that sixth season, guys.