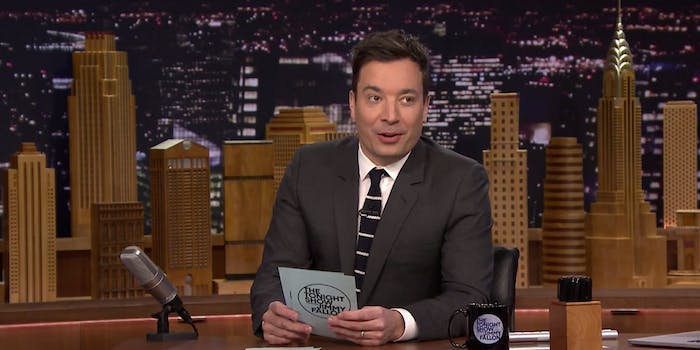 #WhyImSingle will make you feel better about being forever alone

And you thought you had it bad this year.

Aside from Taylor Swift’s “Style” music video, the next thing dancing around your head around this weekend might be the question of why you’re single. It could be because of your social media habits, those around you, or maybe it’s actually you.

No matter what the reason is, everybody’s got one. Taking a cue from a segment he did back in 2013, Jimmy Fallon brought back #WhyImSingle for his weekly hashtag game to see why everyone thought they were single. Like last time, they’re brutally honest, and if nothing else they might make you feel better about your love life.

But we have a bone to pick with some of these. Zach Braff’s reasoning, for instance, is something all of us—no matter our relationship status—can relate to. In some instances, it might even be an improvement on actual Valentine’s Day plans, or even more preferable for the lazy.

And waving your hands to open a door like you’re a Jedi? Already making a mental note to do that from now until forever.