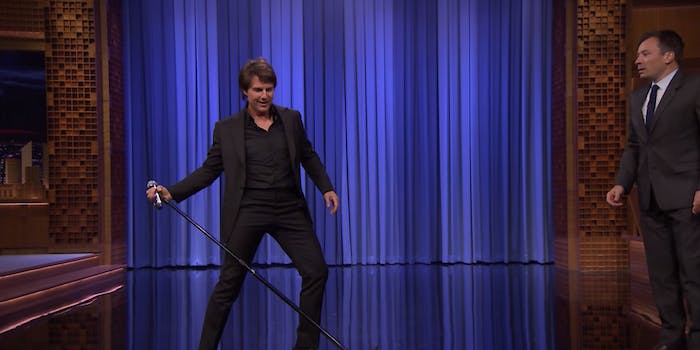 Even Tom Cruise isn’t beneath entering a lip sync battle with Jimmy Fallon to appease the crowd and sell his movie.

While NBC‘s Lip Sync Battle delights crowds on a weekly basis, it’s been quite some time since Fallon brought it back to his own stage. Both Cruise and Fallon have their work cut out for them as they move their mouths to the tunes of “Can’t Feel My Face,” “Undercover of the Night,” and “Paradise by the Dashboard Light.”

Fallon might have had the edge over Cruise, while the actor might have been better off using the “Old Time Rock and Roll” advantage, but this contest has no winner except the audience after the contestants end it all with a throwback to Top Gun.