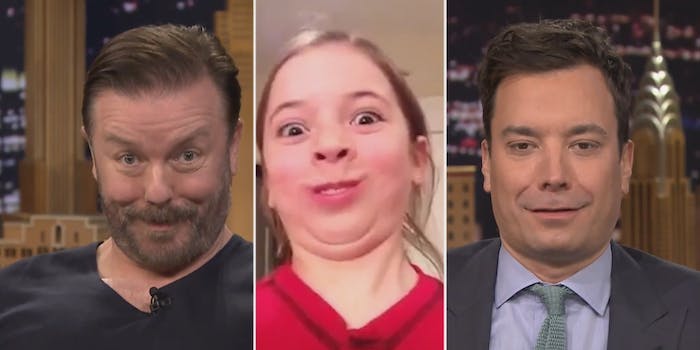 When Ricky Gervais and Jimmy Fallon have a funny face-off, everyone wins

Can Gervais out-mimic Fallon on his own turf?

Comedian Ricky Gervais is used to telling jokes, but how does he feel turning his face into the joke?

Gervais put his imitation game to the test on Friday night when he joined Jimmy Fallon on The Tonight Show. Fallon had asked his viewers to send in photos and videos of their kids making funny faces. It was then up to the host and his guest to do their best impressions of the wacky, silly, or otherwise ridiculous faces.

Some of these facial expressions are more contorted and hard to mimic than others. How did they do? You be the judge.