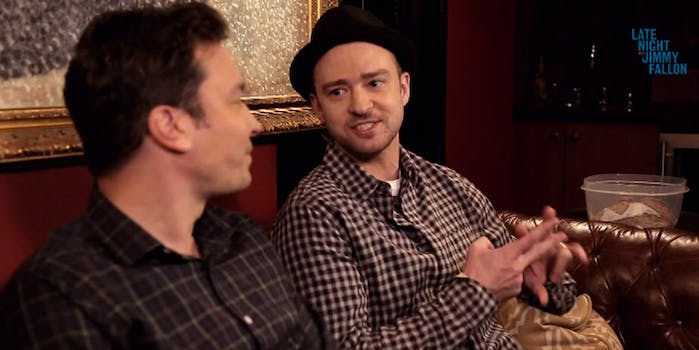 On Tuesday’s Late Night with Jimmy Fallon, the host and Justin Timberlake to mine the ridiculousness of using hashtags in offline life with a conversation consisting almost entirely of hashtags.

It’s as absurd and annoying as you’d expect. But thankfully, like the show in general, Questlove was there to save the night.

Now, let’s make sure those hashtags stay where they belong: Twitter.