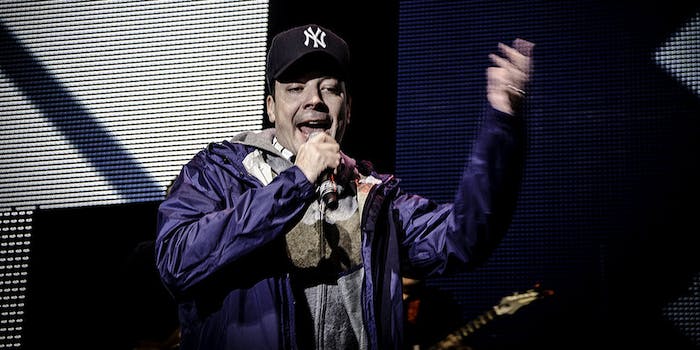 The host warmed up a cold New York with a little bit of "Summer Nights."

Usually Jimmy Fallon’s show tune medleys and wild sing-alongs are relegated to his late-night show, but last weekend the NBC host decided to take his pipes off set and bring them down to New York City’s Marie’s Crisis Cafe.

The West Village piano bar, which is renowned for its nightly sing-alongs, is somewhat of an institution among the musical theater set and is no stranger to celebrity cameos. But instead of an appearance by a Broadway diva, the bar got an SNL surprise as the host turned up and began an impromptu rendition of Grease‘s “Summer Nights.”

The eager, albeit drunk, crowd joined in immediately and gave their best performance as T-Birds and Pink Ladies.

If this performance doesn’t leave you wanting Fallon as your show tune-singing, bar-hopping celebrity BFF, then I don’t know what will.