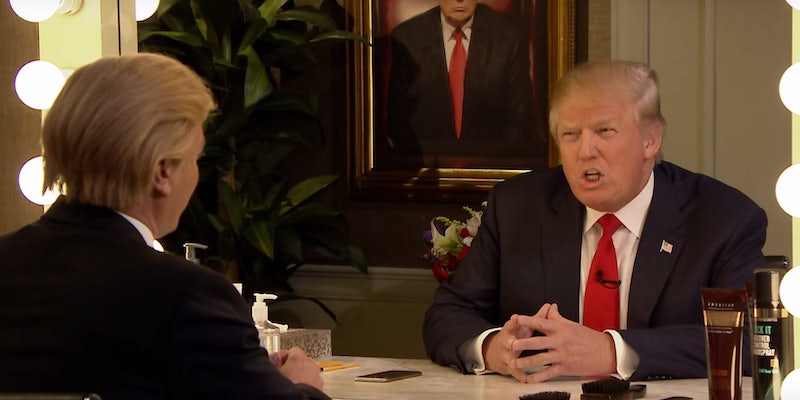 'The only one qualified to interview me is me.'

Jimmy Fallon has Stephen Colbert to contend with now, so he’s got to step up his game. Enter Donald Trump.

Last night, Fallon channeled his inner Trump on The Tonight Show, as the real Trump became his literal mirror. We also get a glimpse at how he might answer questions at next week’s Republican debate. And since he’s Jimmy Fallon, he has a hard time not cracking up as he mirrors Trump.

If only Fallon could have gotten him to lip sync battle.