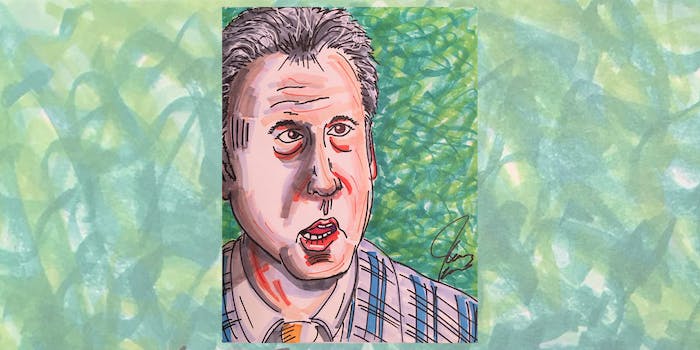 This one landed with its own controversy.

Jim Carrey‘s streak of illustrating political leaders he mostly dislikes continued this week as the comedian tweeted his latest unveiling: President Donald Trump‘s personal lawyer Michael Cohen, who by the way was recently raided by the FBI. He offered two Cohen illustrations—and the announcement of one sparked controversy.

Is there a short bus to take "all the best people" to prison? ;^P pic.twitter.com/ooHaGvZqFZ

But not so fast. In Canada, some users said, the short bus is the bus that takes people to prison. Carrey is from Ontario, after all.