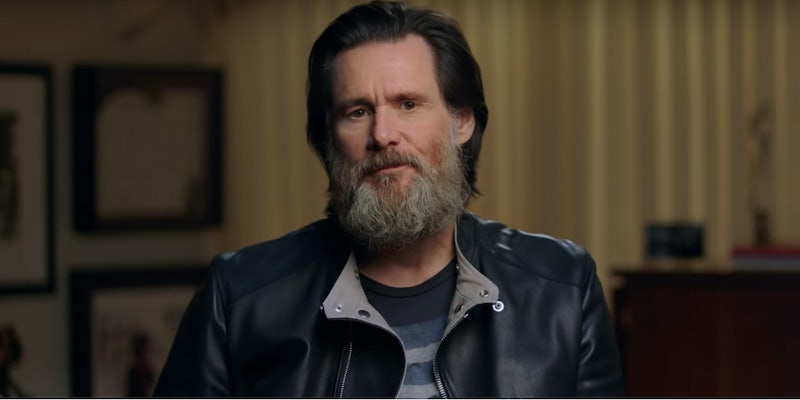 Jim Carrey has been working his way through portraits of Donald Trump’s White House staff, as well as other powerful people who’ve come under controversy, and though he’s painted variations of Trump in the last few months, his latest portrait is a bit different in tone.

Carrey posted the painting to Twitter on Thursday, and it depicts Trump screaming in what appears to be a blue robe, while apparently touching his nipple and eating two scoops of chocolate ice cream. It’s a lot to take in, but Carrey thinks it should be hanging in the Smithsonian’s National Portrait Gallery.

Carrey’s mentions are filled with people who claim they used to be fans but are not anymore, ostensibly because of the Trump focus, as well as people who are critiquing the size of Trump’s hands. Earlier this week, Carrey painted what looks like Trump’s sons being gored by an elephant, but he ended the week with something a little more introspective.