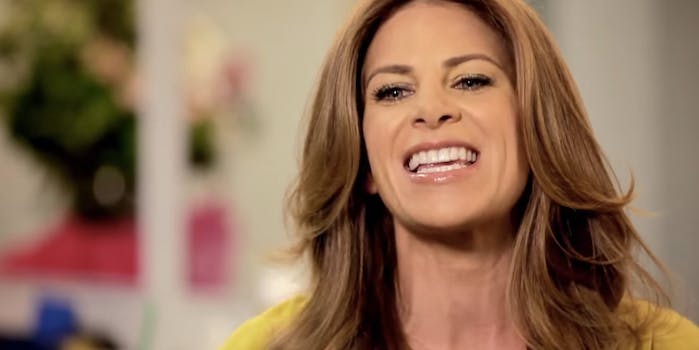 She never intended to be a YouTube star, and she's not making any money off her millions of views.

Fitness star Jillian Michaels is feeling a little bent out of shape over a contract with Lionsgate dealing with profits from her content on YouTube. Now she’s suing her former studio for $10 million.

Michaels signed a deal in 2007, stipulating how Lionsgate could use her likeness for content such as television and direct-to-video sales. It also allowed that selections of her content could go on then-nascent YouTube. However, this contract preceded the YouTube partner program and the explosion of ad revenue on the platform.

In 2012 Lionsgate launched BeFiT in conjunction with YouTube’s Original Channels initiatives, receiving funding and support to create a wellness and fitness brand using new content as well as archive footage, including Michaels’ content. Now the channel boasts 1.5 million subscribers and 200 million views, and many of Michaels’ videos take the top slots on the channel, with videos ranging from 22 million views to more than 9 million.

Michaels’ contract does allow for the videos to exist online, but it didn’t anticipate them generating any profit. She’s suing for a share of those profits, which she says she’s entitled to the same way she’s entitled to profits from her direct-to-video sales.

Michaels also claims she was never consulted about using her likeness on the channel’s branding materials and that Lionsgate exceeded the number of videos it could put on the platform. Michaels now has her own YouTube presence, aimed at her life coaching projects, with only 10,447 subscribers.

While it’s far from a ruling, the way this lawsuit is handled could shape how content creators can approach contracts in the future. With digital platforms and payment structures constantly evolving, the agreement someone signs one year might not cover them for the correct compensation in the future. Keeping a close eye on where your content is distributed will be key for YouTubers moving forward.