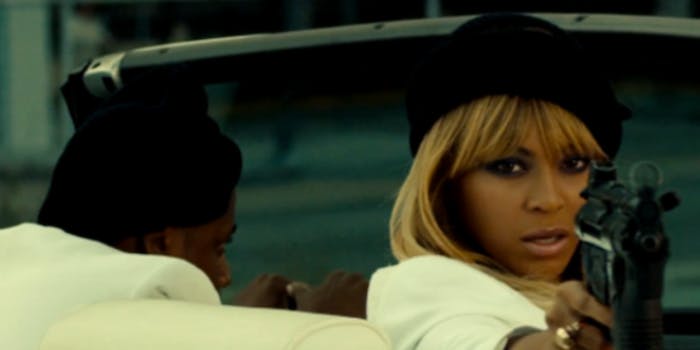 Bey and Jay are the new Bonnie and Clyde.

Jay Z and Beyoncé just released the star-studded trailer for their summer tour, which is a thing musical power couples do now. It’s titled “Run,” and though we never know who Bey and Jay are on the run from, they manage to look flawless while robbing banks, shooting guns, and walking away from an explosion in slow motion.

It’s such an expansive (and, likely, expensive) trailer, one has to wonder if there will be follow-up teasers. Perhaps that elevator fight was really some sort of marketing stunt for this trailer, which is basically just one big advertisement for Bey-Z’s amazing relationship.

Uh, I mean…I love Beyoncé and this is a true work of art!