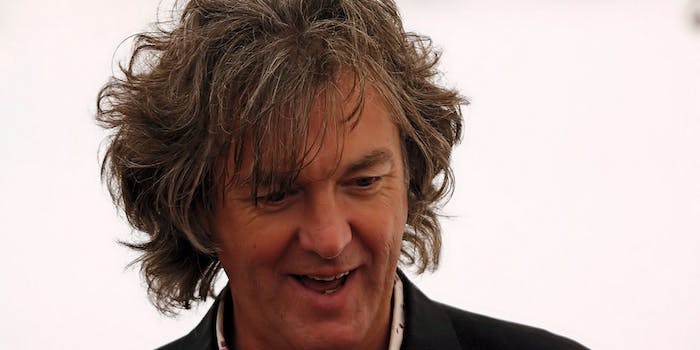 We kind of want to hear more 'Greensleeves.'

It seems unemployment does odd things to a man: James May, former co-host of Top Gear, has started his own YouTube channel.

His inaugural video features him playing “Greensleeves” on a recorder that was given to him as a gift a few years back.

However, in between trying to sell his Ferrari and motorcycle collection, he’s found a new passion. In his latest videos, May teaches viewers how to make shepherd’s pie, and the value of having a proper film crew.

Oddly, May has been the most active on social networks. Richard Hammond has put out a few tweets while Jeremy Clarkson, the loudest of the three Top Gear hosts, has been silent since his sacking late last month.

Ok, now this is where being bored gets you. Not ready for retirement pic.twitter.com/aFq1OpIF58

There has also been a growing movement online to get Netflix to give the three blokes a new show.

Either way, fans are frothing at the mouth to see these three back in action. Let’s hope it’s sooner rather than later.

Photo via airwolfhound/Flickr (CC BY SA 2.0)