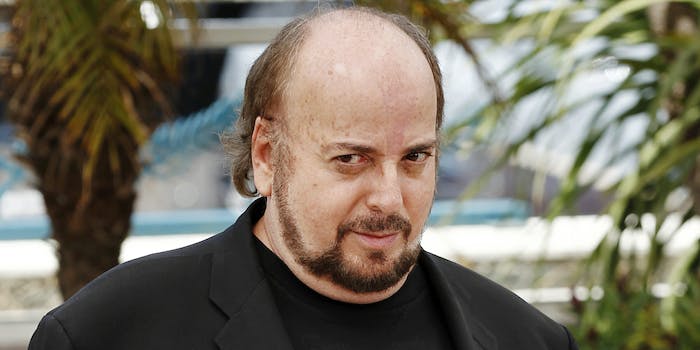 'I couldn’t stop him, but I could warn people about him.'

After the L.A. Times detailed the accounts of 38 women who said Toback assaulted or harassed them over the past 30 years, Gunn posted to Facebook saying he knew Toback from New York City and that he was familiar with his method of approaching women, which is detailed in the Times article. Toback had allegedly approached women Gunn dated, and one of his family members.

“It’s important to say, I don’t have any firsthand information about any of this,” Gunn wrote. “But the stories are so eerily similar, and I’ve heard them again and again from some of the people I trust most in the world, I know the chances of them being untrue… well, it would just be impossible. I knew it was their choice whether or not they wanted to come forward publicly, but I let them know I would have their backs if they did.

“So I did what I could do in my impotent state–for over twenty years now, I’ve been bringing up James Toback every chance I could in groups of people. I couldn’t stop him, but I could warn people about him.”

When I lived in New York, in the 'nineties, this dude was EVERYWHERE. I have personally met at least FIFTEEN WOMEN,…

Of course this is a pattern as well: Men who allegedly knew about misconduct but are only now going public. Quentin Tarantino said he knew about Harvey Weinstein‘s behavior for decades but didn’t say anything. Gunn addressed that criticism as well, saying he has “publicly written Facebook posts about Toback and what he was doing, as well as mentioning him on my website and on MySpace. I don’t know why suddenly people are just assuming I didn’t just because I don’t mention it here.”

The L.A. Times reporter, Glenn Whipp, said on Sunday that the number of women who contacted him for the story has doubled, which means more accounts will probably be published.