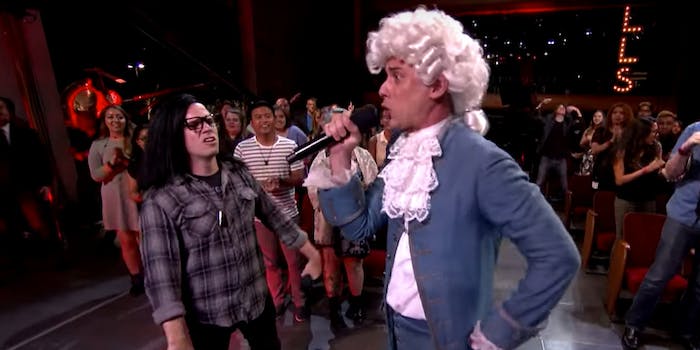 Look out for them at Coachella next year.

Last night, James Corden celebrated all things YouTube with a very special episode of The Late Late Show. So of course that included Skrillex battling Mozart.

And yeah, you’ll probably also want to see Corden get turned into a Barbie by makeup artist Kandee Johnson.