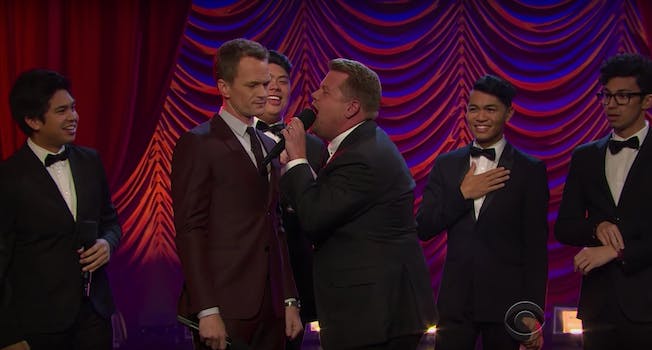 Neil Patrick Harris has a score to settle with James Corden, and he will never be satisfied until they reach the final note of a musical riff-off.

As two Tony Award-winning actors, they’ve both demonstrated their talents on the stage. But for Harris, only one of them can be the best, so they put their vocals to the test by facing off with a selection of Broadway classics, ballads, and sexier numbers before dueting on a Hamilton favorite. It’s as delightful as it sounds.

They didn’t throw away their shot.