Jake T. Austin dating woman who Twitter-stalked him for 6 years

If you want to date the celebrity of your dreams, it turns out all you need is a social media account and years and years of patience. At least that’s the case for a 22-year-old woman named Danielle Ceaser, who has been fawning over Wizards of Waverly Place actor Jake T. Austin for at least the past six years and who apparently now is dating the subject of her Twitter-stalking.

That’s according to the Sun, which cites Austin himself.

Here she is, pressing her face directly onto the face of the 21-year-old Austin, which he then pressed directly into his Instagram account.

So, who is Danielle Ceaser? The woman who tweeted this in 2010. 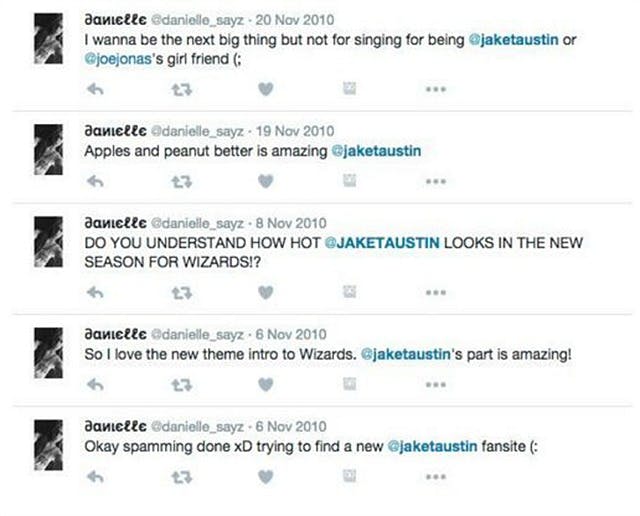 Apparently the two met in 2011, and after snapping a photo together, Austin, who now stars in ABC Family’s The Fosters, began following her on Twitter—her account, by the way, has now been made private, as is her Instagram account. 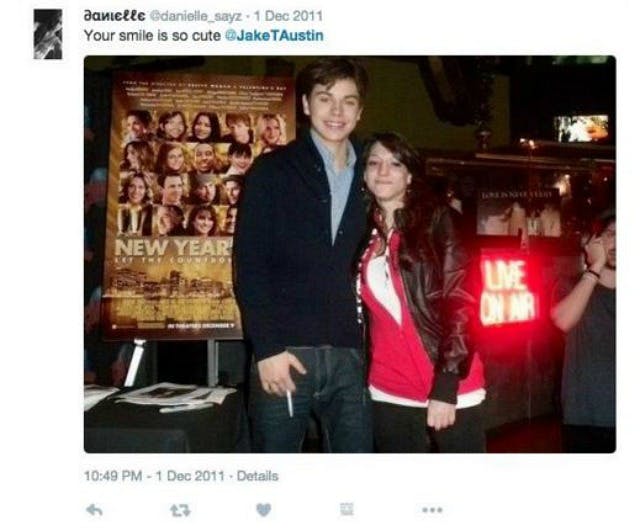 Doesn’t really seem like a great precedent, does it? Stalk (in this case, innocently, we think) a famous person on social media for years and then get the chance to date him or her? I’m sure every celebrity who’s been the obsession of at least one fan doesn’t appreciate the precedent being set here.

But in Austin’s mind, that apparently doesn’t matter. As he wrote in an email to the New York Daily News, “We’re young and having fun just getting to know each other. It doesn’t matter how you meet someone—on set, in a coffee shop, at school, or in the business. Sometimes you connect with people at the right moment and you just click.”