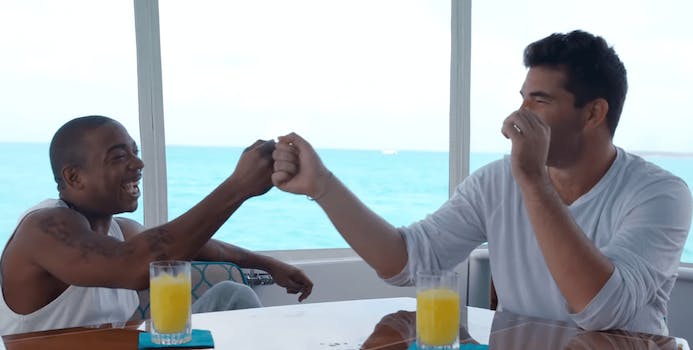 Ja Rule wants you to let his company handle your taxes

The tax startup is being mercilessly flamed.

Most people wouldn’t start a tax company after being associated with one of the most spectacular frauds of the century.

The rapper surged out of the relative anonymity last year as a central player in the 2017 Fyre Festival musical festival debacle which was immortalized in two competing documentaries from Netflix and Hulu.

Not content to drift back into nostalgic obscurity, Ja Rule returned to the public eye on Tuesday with another suspect business proposition: Ja Rule is getting into the tax game.

It turns out that Fyre Festival isn’t the only curious business opportunity the rapper turned entrepreneur will try to foist on the public. Rule is now touting Value Tax, a tax preparation company of which he is the proud owner.

Before the Fyre Festival debacle, Ja Rule famously served a 28-month prison sentence for tax evasion in 2011 and his IRS troubles reportedly persist to this day. Some might argue that all of this experience with the wrong side of tax law makes him the ideal spokesman for such an endeavor. Twitter clearly disagrees.

when the IRS debt collector shows up at your door because Ja Rule forgot to file your taxes pic.twitter.com/JAQpe4gWau

Complimentary lunch you get when Ja Rule sits down with you to do your taxes pic.twitter.com/9836derint

Twitter criticism derailed what was meant to be a week of promoting Value Tax online for Ja Rule. Social media had discovered his promotional tweets from Jan. 11 and 12 by Monday and as of press time, the rapper had posted 18 tweets defending himself in addition to a number of since-deleted tweets caught by outlets like Complex and Ad Age.

As of Wednesday morning, Ja Rule had stopped engaging with the haters following one last salty tweet Tuesday night.

But, if we know Ja Rule, we know he won’t stay silent for long. So long as there is a shady business to promote, Ja Rule won’t be far behind.