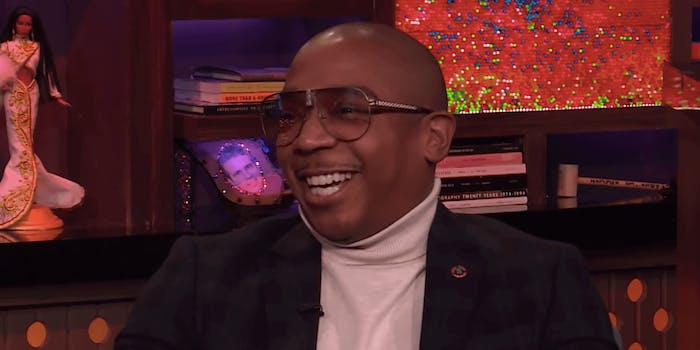 'You should not be bringing up sandwiches Fyre Fraud Festival King.'

The excitement over Popeyes’ coveted crispy chicken sandwich has apparently left rapper/entrepreneur Ja Rule disgusted with Black people. On Tuesday, the “Holla Holla” rapper expressed his disappointment on Twitter with terse remarks about the state of Black America.

“Y’all really out here acting like n****s over a fucking chicken sandwich… smh…,” Ja Rule wrote. “Now I’m never gonna eat one on principles alone!!! Fucking idiots y’all are what’s wrong with our people… I’m so disappointed in my ppl we better than this…”

Y’all really out here acting like niggas over a fucking chicken sandwich… smh… now I’m never gonna eat one on principles alone!!! Fucking idiots y’all are what’s wrong with our people… I’m so disappointed in my ppl we better than this…

While the sandwich has initiated numerous socioeconomic discussions, Ja Rule’s disgust likely stems from the reports of a Maryland man being killed in a fight over a Popeyes fried chicken sandwich on Monday.

The problem, of course, is the internet has a long memory. Bloodthirsty Twitter users, seeing chum in the waters, were quick to remind Ja Rule of his involvement in 2017’s disastrous Fyre Festival, in which concertgoers were stranded on the island of Great Exuma and at least one attendee or employee received a dilapidated cheese sandwich as a meal.

The responses were swift and similar in their message. “Ja should’ve just sat there and ate his cheese sandwich,” one user wrote. “You should not be bringing up sandwiches Fyre Fraud Festival King,” another advised.

You remember this, Ja? pic.twitter.com/xuhKRGa67t

You should not be bringing up sandwiches Fyre Fraud Festival King

He almost gave a bj to someone so YOUR festival could have water. We didn’t forget pic.twitter.com/jGsZkhR7g1

Some were more pointed in calling out Ja Rule’s alleged involvement with the failed festival, calling the rapper a “whole scammer” and reminding him that he “had people almost killing over them cheese sandwiches.”

But you’re a whole scammer, at least Popeyes is giving customers what they paid for. pic.twitter.com/QyKGM4HjW0

As of this morning, Ja Rule is unfortunately still wilding on Twitter, asking followers to catch him up on the etymology of the N-word.

Is anyone else confused by this??? I was taught the word nigger meant ignorant now I look it up it says it means black…