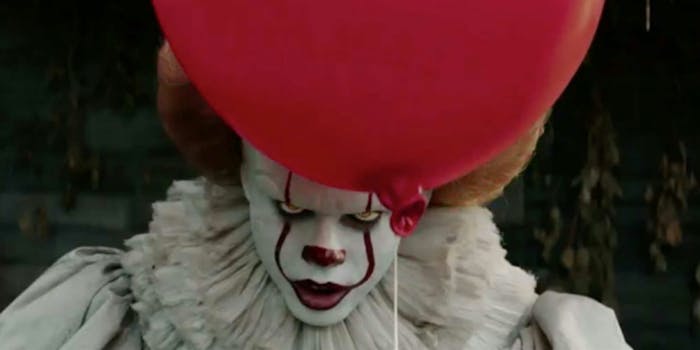 Texas theater to hold clown-only screenings of ‘It’

Send in the clowns.

The film adaptation of It debuts Sept. 8 and the Alamo Drafthouse is going all in: It’s hosting clown-only screenings on Sept. 9 in Austin, Texas.

According to the Drafthouse’s description, “all attendees should arrive dressed as a clown in order to attend.” There will also be a “touch-up” area and attendees are advised to dress their “Pennywise best and be ready to float with us.”

What constitutes “dressed as a clown” in 2017 is certainly open to interpretation, but this follows up the Drafthouse’s woman-only screening of Wonder Woman, which caused a wahhh-valanche online when it was announced in May. This event has been met with less frothing, of course, but it was pointed out that the idea for the screening might have actually blossomed from a Mad Online Guy comment.

As of Friday morning, the Drafthouse added two more Austin screenings for those down to clown.