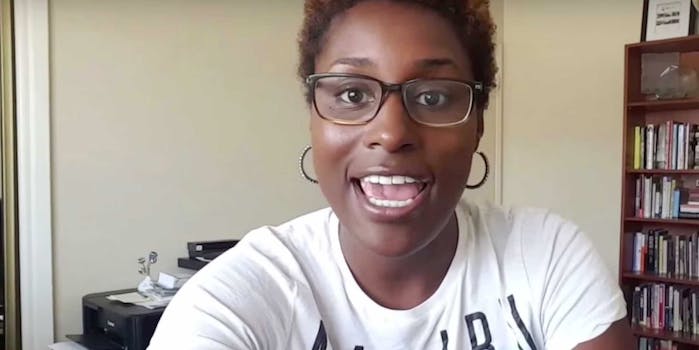 It may have taken longer than expected, but HBO made a series order for the Awkward Black Girl star’s 30-minute comedy, Insecure, this week.

Back in February, the network ordered a pilot after a couple years of holding Rae in development limbo, but this news means more episodes are definitely on their way.

Larry Wilmore, who helped Rae create the series, has since launched his own Comedy Central show, but will still consult for the first season, and Brooklyn Nine-Nine and Happy Endings alum Prentice Penny has been locked down as showrunner.

There’s no word on when filming begins, but this gets us one step closer to seeing Rae make the leap from YouTube to TV.

Dreams come true. From words written on a page with @ldub61 to being executed by an amazing team — I am BEYOND happy and so thankful to @HBO for believing in the vision. Thanks to the executers: @the_a_prentice, @msmelina, @msdeniese, @jonathanberry100. (@hillmangrad you next girl!)