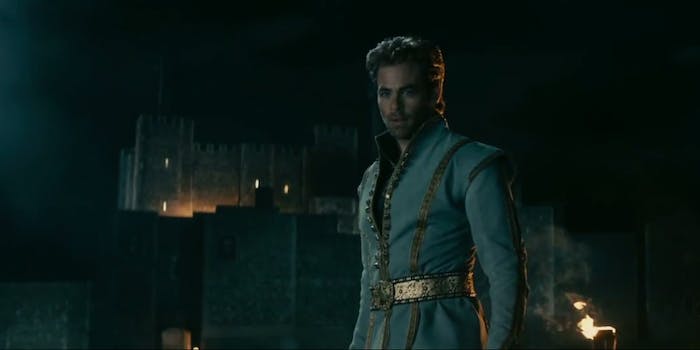 The first trailer for ‘Into the Woods’ is out, and it has fans nervous

The trailer for the Disney adaptation of Sondheim's beloved musical looks pretty, but keeps a lid on the plot.

The highly-anticipated trailer for Disney’s all-star adaptation of the beloved Sondheim musical Into the Woods is here at last.

You may be hoping the trailer will ease your fears about whether the stage version of the musical, with its dark themes and post-modern remixing of classic fairy tales, made it to the silver screen intact.

No such luck. The first trailer, which debuted on iTunes, certainly looks gorgeous, and it naturally sounds gorgeous, with interesting new orchestration of Sondheim’s familiar themes.

But if you didn’t know better, you’d never guess you were previewing a complex musical that’s almost entirely sung, ala Les Misérables. And sure, it’s got some neat effects, like Jack climbing the beanstalk into the sky and some major Act-2 mayhem that usually happens off-stage. But all in all, the trailer could be a generic first-look at the next season of Once Upon a Time with just a few more flutes and French horns thrown in. As one YouTube commenter put it, “Really happy to see they’re remaking Tim Burton’s entire filmography as one film. Very excited.”

Still, we can’t help but be excited. Emily Blunt seems to be the perfect choice for the Baker’s Wife, and while we didn’t get much of a glimpse of Meryl Streep’s witch—or anyone else, for that matter—we hope for the best, despite a recent report from Sondheim himself that some of the main plot points of the stage show had been jettisoned.

Then again, we know the danger of too much wishful thinking. We’re on to you, Into the Woods.