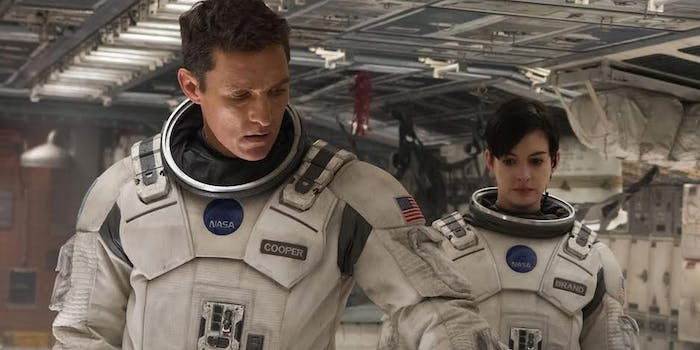 Explore space travel with Matthew McConaughey and all your favorite YouTubers.

Interstellar, the new Matthew McConaughey film from Christopher Nolan, has not shied away from engaging the Internet and technology for its release. There’s already an app that explores the real phsysics behind space travel, and now earthbound fans can join a Google+ Hangout with the cast live from the Smithsonian today in advance of the Nov. 7 wide release.

The Hangout will include not just Hollywood A-listers, but the A-listers of the YouTube generation as well. Creators such as  VSauce3, DJ Flula, Casey Neistat, Anna Akana, and What’s Trending’s Shira Lazar, are all taking part. They’ll join McConaughey, Anne Hathaway, Jessica Chastain, and astronomer Natalie Batalha in the discussion.

Fans can join in starting at 5:30pm ET with all their space- and film-related questions.