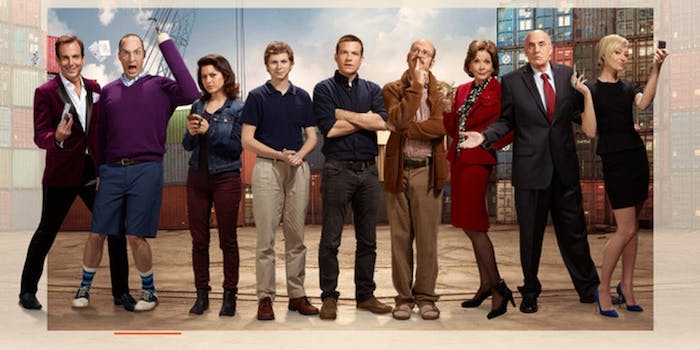 How the Internet ruined “Arrested Development”

Did the seven-year Internet obsession over Arrested Development skew expectations for the new season?

I’ve made a huge mistake. I woke up Sunday morning jacked like a Christmas morning kid, grabbed coffee and bagel, and expected to spend the next seven hours or so laughing my ass off in concert with the tweets of my generation. There were millions of people ready to do exactly the same thing, after all; millions of people who loved Arrested Development so much they’d turned its in-jokes into cultural currency, who’d spent the years since college identifying fellow purveyors of good taste by spotting orange DVD boxed sets on apartment shelves.

Arrested Development is pretty much the crown jewel of our media-consuming generation; nothing since maybe the fall 2007 period of the first Obama election campaign so surely united this peer group—white, urbane, educated, upper-middle-class youth—like the announcement that the frenetic ensemble comedy was coming back for another season. It was also of course exhaustively marketed to all of the above across every imaginable platform—5 percent of Netflix’s bandwith, which is already a third of the entire internet’s, was going to get sucked down by Arrested Development watchers.

So Sunday morning bristled with the palpable, status-updated excitement of an entire demographic; all our high school and college buddies, ex-and-current workmates, and all of their friends, and all of their friends—we know this now because Facebook. Because Twitter. “arrested development!!!! :)” 55 likes. “#TearsofJoy.” 25 RTs. (If you’re of a certain socio-economic background, and you didn’t like Arrested Development in 2003-06, then you’ve certainly been brow-beaten into liking by now. Nobody wants to be the guy at the party not laughing at that blue myself reference.)

But halfway through the day, I noticed something weird. All of the people who’d filled their feeds with Bluth references for the last seven years were strangely quiet. I’d gotten a late start—my friends on the west coast had certainly watched at least a few of the episodes, and my fellow east coasters had hours to dig in. There was no social networked elation here—it was more like awkward silence. Douche chills, as Tobias would say.

That’s probably because the new season of Arrested Development is not all that good. It’s just not. It’s still reasonably funny, and more interesting than most things on TV, but the frantic, diabolically plotted comedy of the ’00s is MIA. Instead of ensemble madness we get plodding single character-led episodes, some of which—especially the Lindsay episodes—are downright tedious. And no one ever expected to associate Arrested Development with tedium—over-stimulation, maybe, schizophrenia, sure—but not boredom. I was actually bored watching some of these episodes.

And nobody really knew how to deal with it. Sure, some spurned fans bashed it, and diehards offered over-generous defenses, but there was no tidal wave of commentary and immediate dissection to match the massive pre-release media swell. There was no show-ruining online criticism heedlessly flying in, as has happened in the past, nearly destroying other cultural products. But I still think the Internet ruined Arrested Development. The culprits were not, this time, the tweeting critical masses who populate the Internet, but the expectations inherent in the Internet’s architecture itself.

By Brian Merchant | Screengrab via Netflix