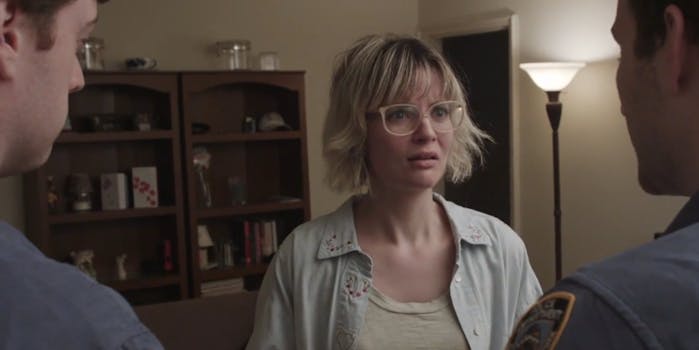 Comedian calls out the Internet’s irrational hatred of TV wives

Why do we think dispicable anti-heroes are cool, while their wives are "buzzkills"?

It’s harmless enough to spout hatred for a particular character on TV when you’re just shouting at the television or computer screen, but what does that hatred say about our real-life attitudes?

Comedy writer Jon Bershad tackles this question head-on and, largely drawing on the Internet’s notorious hatred of Breaking Bad‘s Skyler White, recreates the bare bones of a season 3 episode where Skyler finally calls the police on her husband.

But despite a mountain of evidence against her husband, the “cool anti-hero,” the police decide the wife is just “being a buzzkill” and “a boring bitch.”

In the age of the TV anti-hero, the audience will often root for the protagonists long after they’ve passed the point of any chance of redemption while the wives don’t take the situation they’re forced to deal with lying down. They defy the archetypal female role, call their husbands out on their lies, and make many of the viewers uncomfortable with the characterization.

The sketch isn’t just an answer to Skyler haters as one commenter suggested. Bershad came up with the idea soon after watching the Breaking Bad episode “Ozymandias,” but the main character is a composite of all TV anti-hero wives such as Betty and Carmela.

More importantly, it’s a look at the larger problem of nitpicking the minor flaws of these characters while glorifying the actions of their husbands.

“As most of those TV shows are excellent and have great nuanced characters, those wives are never ‘all good’ but are drawn with many shades of grey,” Bershad wrote. “Still though, some viewers feel the need to hate them for tiny indiscretions while their objectively evil husbands are seen as cool.”

And, lest you think that this irrational hatred is limited to fictional characters, consider a recent New York Times column by actress Anna Gunn, who plays Skyler. She lamented that Internet commenters wished her dead, and didn’t seem to be able to separate the actress from the woman she played on TV.