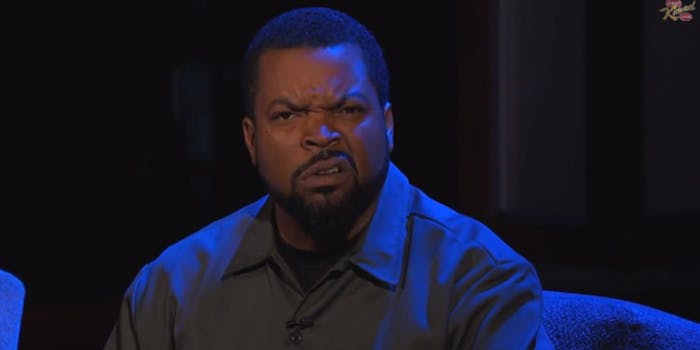 Ice Cube’s made quite a name for himself as a family-friendly movie star, and last night, he appeared on Jimmy Kimmel Live to promote his new film, 22 Jump Street.

However, those who knew Ice Cube before he was a movie star perhaps remember a different side, maybe from his 1991 solo album, Death Certificate, or his time in the group N.W.A. Kimmel questioned him about just how angry he’d be if he had to read lines about lavender body wash.

The best part of the video might be how angry it made Ice Cube to work with Jonah Hill and Channing Tatum:

“Wouldn’t they piss you off?”