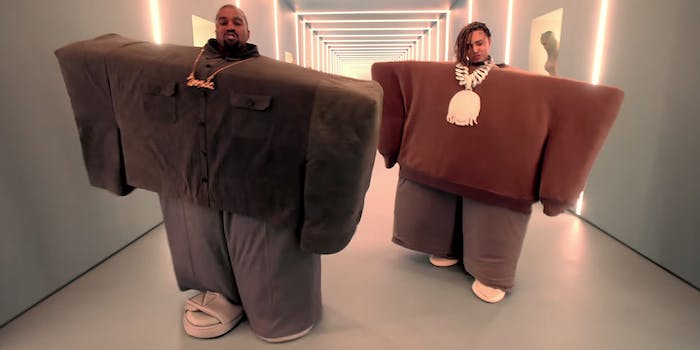 People are recreating the video's boxy outfits, with varying degrees of success.

Yes, people are trying to recreate the boxy suits West and Pump dance around in, and some are taking extreme creative license here.

Finally, cardboard boxes have a purpose.