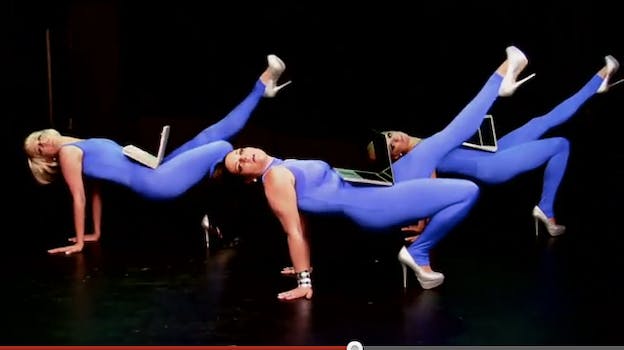 This catchy tune will ring true—if you've ever been disappointed by what your Facebook friends are like in person.

Biz Markie now has some competition for Facebook’s unofficial anthem.

Mockingly modeled after the cheeky New Wave videos of the 1980s, “I Like You Better on Facebook” pokes fun at the disconnect found between our friends’ carefully curated online personas and their offline counterparts.

The synth-pop jam—available for download on iTunes—is Auto-Tuned heavier than a news broadcast by the Gregory Brothers and just catchy enough to get stuck in your head. The lyrics are on point, too:

Now I can’t stand you, and yet you’re still my friend, because you frequently leave comments about my comments. And you always post insightful links for state and local news.

Since being uploaded earlier this month, the video has clocked more than 100,000 views. Most of the credit belongs to cowriter and performer Livia Scott, an actress and comedian who’s previously appeared on “Late Night With Conan O’Brien” and the Comedy Central series “Honesty.”

Scott has also starred as Hole singer Courtney Love in Web series Saving Love and starred in the sketch series Celebrity Meltdown, but this is the first time one of her online videos has gained serious traction. Judging from the comments, it won’t be her last.

“Did anyone else check to see if they had a message at 0:52?﻿” asked BeautybyMolly in regards to the “ping” inserted into the song’s background—the sound of a new Facebook notification.

With 261 upvotes, the answer was unequivocally “yes.”