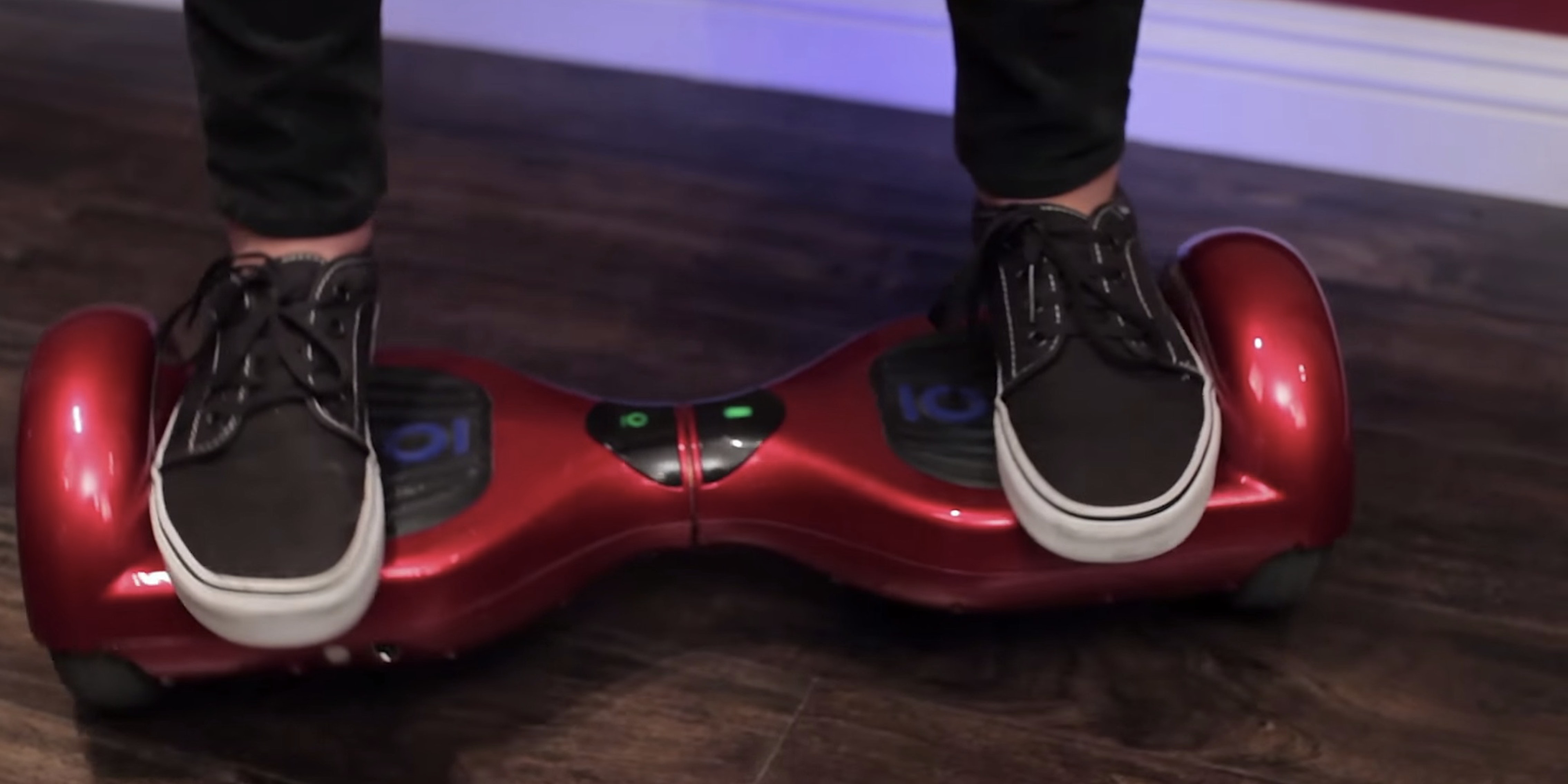 Hyperwalk with me: The hottest new scooter trend at VidCon 2015

From Vine stars to the YouNow elite, Hyperwalks were everywhere in Anaheim.

The first time I tried out Hyperwalk, the cool new toy that dominated VidCon 2015, I fell down and slammed the back of my head to the ground.

Though the cavalcade of Vine and YouNow stars made the self-balancing electric device look simple and effortless while zooming around during VidCon’s three-day event, it’s really not. Hyperwalkers, beware: You might spend the next two weeks monitoring yourself for signs of a concussion. But if you can master the balance needed for the toy, you’ll fit right in among the teens who are making this Chinese import the most popular accessory since the selfie stick. 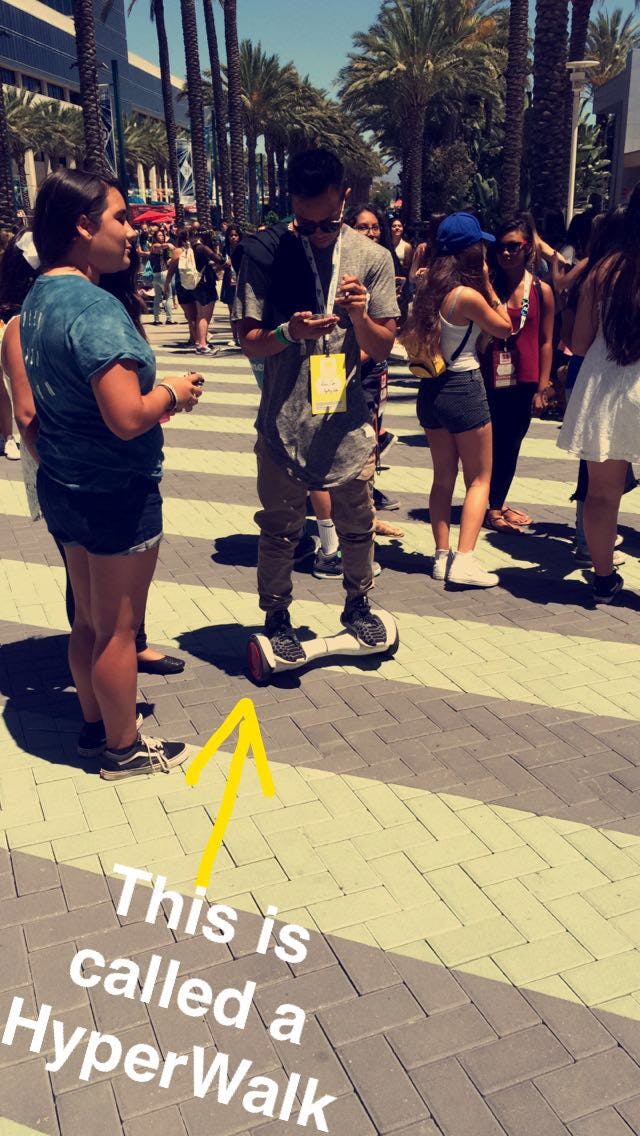 The scooters top out at 6 miles per hour, and they operate on the same principle as a Segway, just without handles (hence the danger). Lean forward and the machine senses your weight distribution and moves forward; lean back and it sends you in reverse. While the instructions urge safety gear, we didn’t spot a single person at VidCon wearing a helmet.

The scooters are not totally new, but they had no presence at the 2014 event, and in 2015 you were hard-pressed not to see at least one teen boy zooming around on one in any open space, and even inside the event’s exclusive parties. Hyperwalks’ popularity traces back to a litany of celebs who’ve been spotted on them, including original YouTube sensation Justin Bieber.

Hyperwalk is simply a brand name for any generic self-balancing scooter, although it’s far and away the most appealing title of the bunch, since other options include ioHawk, PunkeeDuck, Airwheel, Future Foot, Oxboard, Freego, and hundreds more. The scooters originate from China, which Wired tied back to a company called Chic Robotics, which debuted its first scooter in August 2014. Last fall, Chic Robotics took the board to China’s premier trade show, the Canton Fair. It was a hit, and other factories began making their own versions.

For the companies selling them in the U.S.—most notably PunkeeDuck and IO Hawk, which picked up the most mainstream attention with Jimmy Kimmel appearances and CES debuts prior to VidCon—the key has been to get the boards in the hands of influencers and let them virally spread from there. Kendall Jenner, Chris Brown, and Wiz Khalifa have all ridden on the boards.

But those companies seem to have overlooked the digital set, which is where Hyperwalk’s dominance of VidCon comes in. No one mentioned IO Hawks or PunkeeDucks at VidCon; it was all Hyperwalk all the time. The brand had the most determined VidCon presence, tweeting at fans to help get follows from prominent YouTubers in exchange for board giveaways.

But regardless of brand name, simply getting your hands on any sort of board can prove a challenge. Several sellers recently explained they’re out of product and shipments wouldn’t arrive for at least a week, with the East Coast being hit harder by the scooter shortage than the West Coast. Vadim Kozin, a scooter seller based in Los Angeles, told the Daily Dot that he found a customs agent that imports them directly from a reputable factory to America for him to distribute.

“My first order was just for me and my family because we thought it was awesome,” the 29-year-old wrote via email. “But then my [family’s] friends and other acquaintances started asking for it once they saw how cool and fun it was. I later realized that it could be a good opportunity to create an extra source of income.” 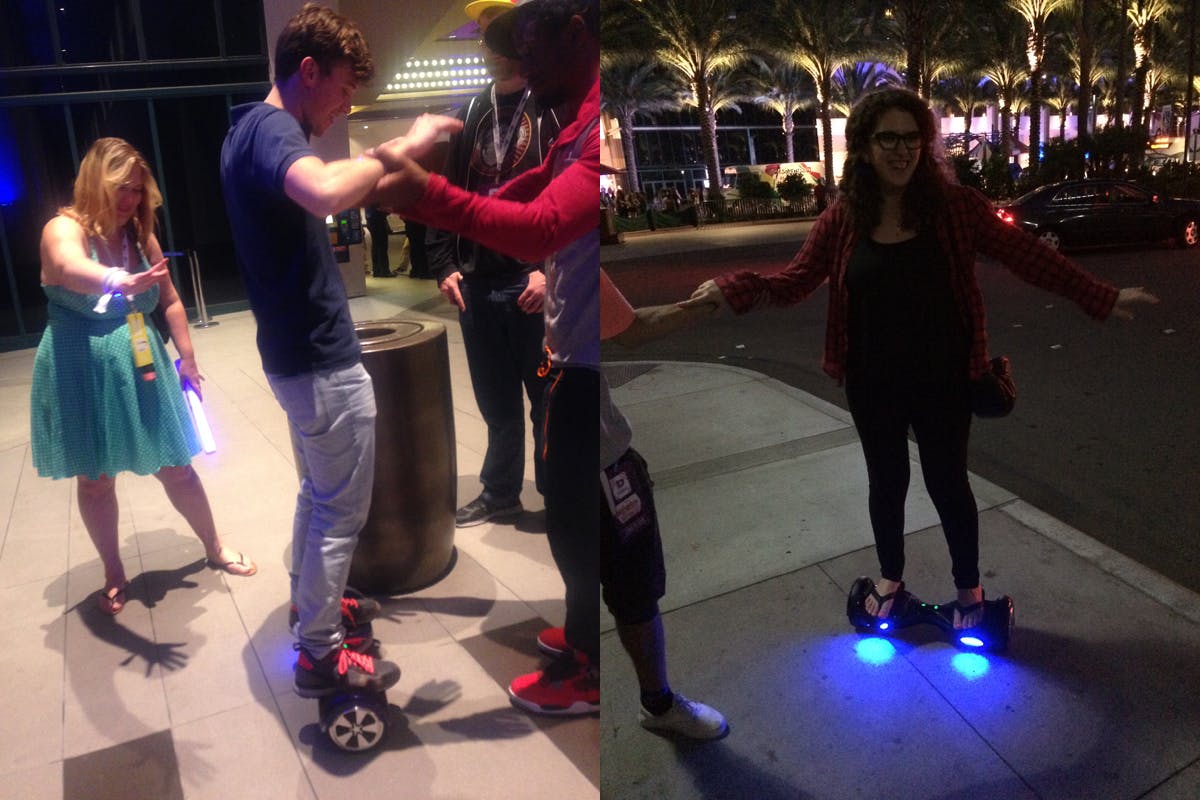 Hyperwalk owners at VidCon were disproportionately men, a trend that Kozin says parallels his customer base. Riders cited prices ranging from $300 up to $1,000 for seemingly the same product. Kozin knows that the boards are a trend, but he’s happy to take the risk and capitalize on the high demand now to make more money. His biggest concern with the trend?

“I worry that I am becoming too lazy since I’ve had instances where I rode across my apartment building to throw away the trash,” Kozin said.

We’re all for laziness—so long as Kozin is wearing a helmet.