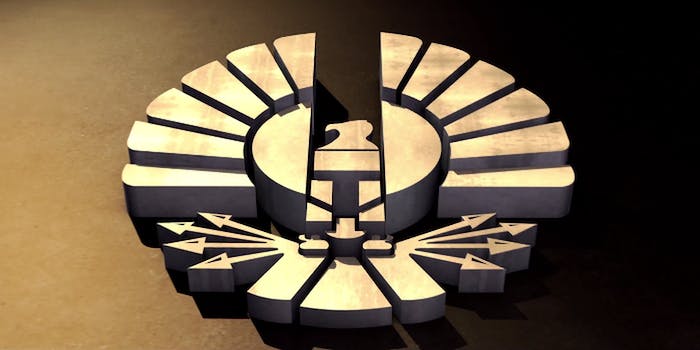 The first look at this movie is straight-up propaganda.

The first teaser trailer for The Hunger Games: Mockingjay, Part 1 is here, and it’s pure propaganda.

The concept of using propaganda for The Hunger Games franchise isn’t a new concept at all. Before every movie starts its marketing campaigns, a new issue of Capitol Couture, the fashion magazine from the dystopian trilogy’s Capitol that features various Tributes and “heroes” from the 12 Districts of Panem, is released.

In fact, the ad campaign and trailer fit right in with the very nature of Mockingjay. Thrown into disarray after Katniss Everdeen and the other rebels escape the Hunger Games arena, President Coriolanus Snow needs to keep the Districts united as the “elegant system, conceived to nourish and protect.”

There’s no sign of Katniss, but there’s another familiar face in the trailer. If Snow’s slightly threatening tone is any indication, I’d be very worried for him.