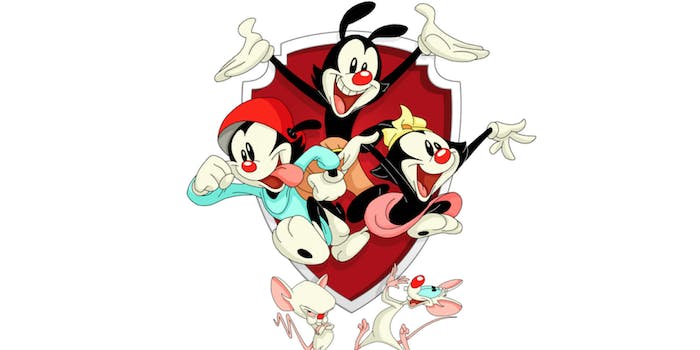 ‘Animaniacs’ is getting 2 new seasons on Hulu

'Animaniacs' is back, baby.

On Thursday, Hulu announced it’s rebooting the beloved animated series and bringing the adventures of siblings Yakko, Wakko, and Dot to a new generation, with Steven Spielberg once again on board as executive producer. The series has already received a two-season order.

In addition to the reboot, this deal between Hulu, Amblin Television, and Warner Bros. Animation will include the full original Animaniacs and Tiny Toon Adventures catalogues, as well as Pinky and the Brain.

Can’t wait to see the new version of “The Presidents Song.”