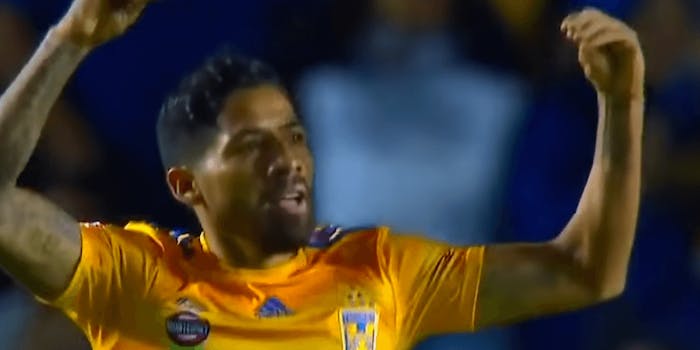 How to watch Tigres vs. Atlético San Luis live online

Tigres begins the Liga MX Clausura 2020 season at home after a 2019 that saw the club lose in the final of both the Leagues Cup and the Campeón de Campeones.

Tigres begins the campaign at home after a 2019 that saw the club lose in the final of both the Leagues Cup, to Cruz Azul, and the Campeón de Campeones, to Club América.

Tigres sent No. 8 Lucas Zelarayán to Columbus Crew of the MLS in a record deal for the Ohio club this winter, and Tigres broke the club’s own transfer record by paying $10.3 million to Brazilian club Internacional for Uruguayan forward Nicolás López.

Here’s everything you need to know to stream Tigres vs. Atlético San Luis, including what to watch for on the pitch.

The match is on TUDN; FuboTV allows you to watch the entire 2019-20 Liga MX season.

Tigres (recent form: LWWDD) has reinforced heavily this winter, breaking its four-year-old transfer record by bringing in Nicolás López from Internacional. Tigres’ biggest rival, C.F. Monterrey, won the Apertura Liguilla in December, even though Rayados entered as an eight-seed and Tigres was knocked out in the first round as a three. Tigres will again be one of the favorites this Clausura and in a CONCACAF Champions League that has a potential quarterfinal vs. NYCFC looming.

Atlético San Luis (recent form: LLWLL) is in the top flight for the first time in club history and got 20 points in 18 games in the Apertura. The club’s previous matchup with UANL was in San Luis Potosí City and ended in a 1-1 draw back in August. Atlético has to hit the ground running in 2020, playing Tigres and Club América in the first two weeks.