How to watch AEW Full Gear

AEW is hitting a new stride after its weeknight debut on TNT last month. New fans who are just catching wind of these indie wrestling faves thanks to this are probably pretty hyped to watch tonight’s big PPV event, Full Gear. The much-hyped championship match between Chris Jericho and Cody might be the main event (we look forward to the inevitable interference from the rest of the Inner Circle, of course), but the match card has plenty of other face-offs to root for, including Adam “Hangman” Page in his first big match in a long time against PAC, SCU and the Lucha Bros dealing with an all-new tag team situation now that Private Party’s been added to the mix, and Kenny Omega finally going up against Jon Moxley in what some fans are calling the best storyline AEW has done so far.

If you need a quick summary of what to expect for tonight’s show, you should check out Cody’s promo. It’s got the electricity that makes him so compelling on the mic, and you can tell that fans absolutely eat it for breakfast. If you aren’t watching AEW already, the time to tune in is right now. 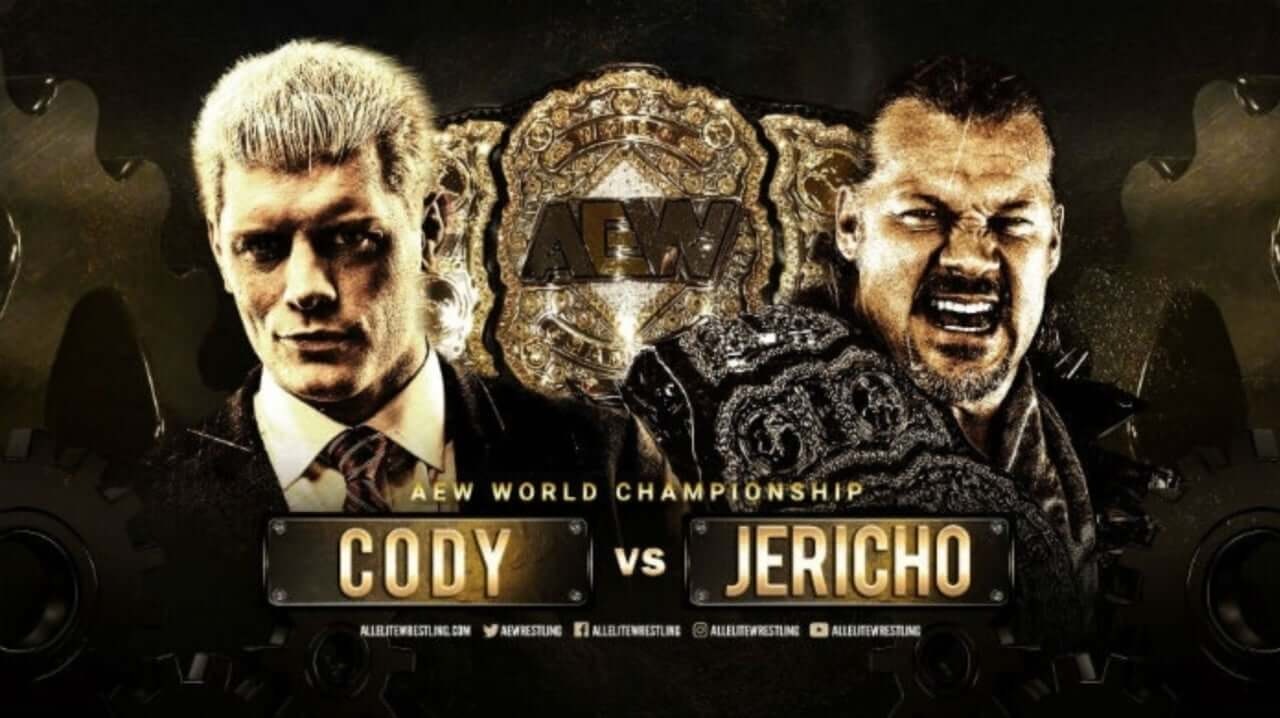 The only legal way to watch the AEW Full Gear PPV is through B/R Live, the Bleacher Report website’s live streaming service, showing everything from international soccer tournaments to national lacrosse events. It also broadcasts replays of the Dan Patrick Show and the Rich Eisen Show, along with events from Singapore-based MMA promotion ONE Championship.

Since Saturday’s AEW show is a PPV, there’s no legal way to get around the $49.99 fee to watch the card. And though spending $50 on a one-time pay-per-view event is pricey—especially since you can spend $9.99 per month to subscribe to the WWE Network and get all 14 of their annual PPVs included in that price—this is the second time AEW has used this price point. As the Big Lead wrote in May, “That [price] is going to be a very tricky proposition for drawing the casual audience.”

AEW, though, is offering two matches for free on B/R Live during its The Buy In pre-PPV show that begins at 6pm CT. During that free hour of action, the winner of the Casino Battle Royale will earn a shot at the women’s world title, while Private Party will face Angelico and Jack Evans in a tag-team matchup.

All Out fight schedule

The All Out pre-show | 7 PM EST on AEW YouTube