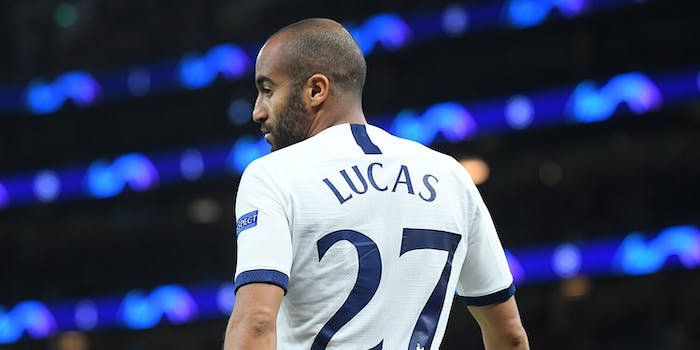 How to stream Tottenham Hotspur vs. Middlesbrough in the FA Cup Third Round Replay

Tottenham Hotspur dueled Middlesbrough to a draw in the FA Cup Third Round. They meet to decide things on Tuesday in London.

In its first FA Cup test of 2020, Tottenham Hotspur journeyed to Middlesbrough’s Riverside Stadium for its FA Cup Third Round match. Though Lucas Moura managed to get in an equalizer, Spurs could do no more, settling for the 1-1 draw and the replay that takes place on Tuesday. Though it’ll be in the friendlier confines of Spurs’ London home, they’ll have to face Middlesborough without an injured Harry Kane.

Here’s everything you need to know to live stream Tottenham Hotspur vs. Middlesbrough.

The match is on ESPN+, providing an easy way to stream FA Cup matches.

Tottenham Hotspur vs. Middlesbrough: What to watch for

Tottenham became the latest team to fall to Liverpool. On Sunday, Spurs only let in a Roberto Firmino goal, but couldn’t do much on offense in return. Liverpool led possession by a 2-1 margin, and Spurs only managed four shots on goal. Though Middlesbrough will be easier to contend with than the probable title winners, Tottenham still has to do it without Kane. In a Guardian article on Monday, manager Jose Mourinho raised the grim prospect that Kane’s ruptured tendon may keep him out beyond the end of the Premier League season, and (brace yourselves, England fans) into Euro 2020.

Middlesbrough couldn’t pull off the upset at Riverside, so it has to travel to London with hopes of pulling off an upset in one of two high-profile replays in the Third Round. Middlesbrough, in the Premier League as recently as 2017, is currently 16th in the Championship. Ashley Fletcher, who got Boro on the board in the Third Round match, has eight goals and four assists on the season and will be the focal point for Mourinho’s trademark stingy defense.