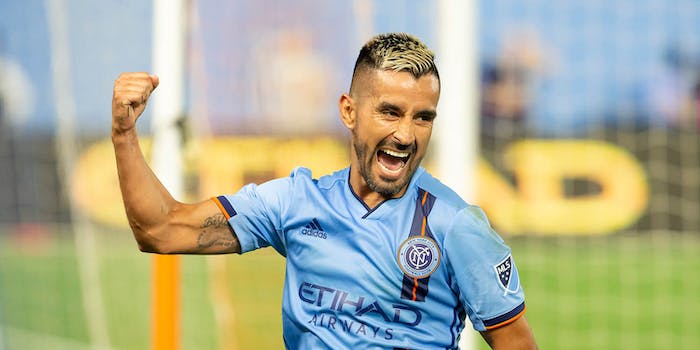 How to stream NYCFC vs. Columbus Crew live

Two of the Eastern Conference's best-looking teams face off in the MLS season opener.

Here’s everything you need to know to stream NYCFC vs. Columbus Crew SC on Sunday.

NYCFC has built itself into an MLS powerhouse and a consistent playoff contender over the last few years. This could be the year in which the Boys in Blue finally make the leap to MLS Cup, though they’ll have to contend with their crosstown (OK, cross-state) rivals, as well as Atlanta and Toronto teams that have made the last four finals, to get there.

They also might have to contend with the Columbus Crew, who missed the playoffs in 2019 but probably deserved better with its play down the stretch. The Crew has also reinvented itself in 2020, bringing in Darlington Nagbe from Atlanta to help revitalize the midfield, as well as rolling the dice on Tigres up-and-comer Lucas Zelarayan to see if he can make the leap to be an elite playmaker.

This looks like one of the more intriguing MLS opening weekend matches right now, and it could very well be a playoff preview.