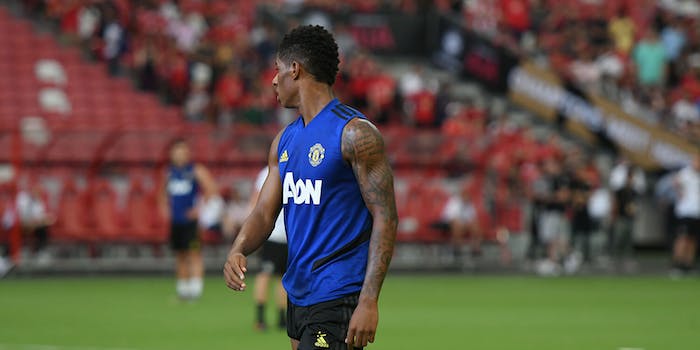 How to stream Manchester United vs. Norwich City

United ended Liverpool's quest for a perfect season. Are they now ready to turn it around?

It was all going so well: Manchester United was set to give Liverpool its first loss of the season. Marcus Rashford scored late in the first half, and the defense held tough into the 85th minute. The good news for United—but perhaps more for the rest of the league—is the match ended in a draw, putting an end to Liverpool’s quest for perfection this season. But it didn’t help United: They need wins, pure and simple. Can hosting Norwich City be what they need to win?

Here’s everything you need to know to stream Manchester United vs. Norwich City live.

Manchester United (Form: WLDLD) did well to stop Liverpool from getting another win this weekend, but it’s been dire this year overall. Fourteenth place is not where United would expect to be at this stage of the campaign, but there are just two points separating seventh-place Spurs from United, so a win could vault United back into more customary territory. United did best Partizan in Europa League play Thursday, 1-0, to stay on top of its group.

Norwich City (Form: WLLLD), on the other hand, managed a 0-0 draw against Bournemouth last weekend to halt a three-match slide. Norwich hasn’t won since shocking United’s noisy neighbors on Sept. 14, though it’d make an impressive bookend if it dispatched both the blue and red sides of Manchester. However, the Canaries are 19th right now; they need any results they can get just to escape relegation.