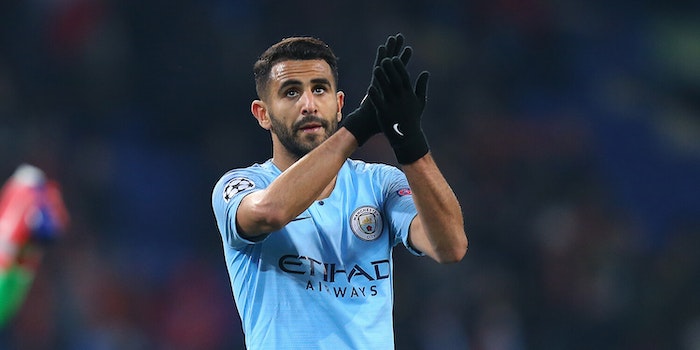 How to stream Manchester City vs. Crystal Palace live

City scored half a dozen goals last weekend, but it probably won't have as easy a time on Saturday.

Manchester City scored half a dozen its last time out; it’ll have a chance to get another win and possibly get out in front of Liverpool when it plays Crystal Palace on Saturday. Though Palace drew against Arsenal last weekend, it’s done well enough in recent weeks to stay in the top half of the table.

Here’s everything you need to know to live stream Manchester City vs. Crystal Palace, including what to watch for on the pitch.

Manchester City (last five Premier League matches: WLWWW) scored six goals this past weekend in a rout of Aston Villa, with Sergio Aguero getting a hat trick and Riyad Mahrez adding a brace. While defending its Premier League title seems more remote in January than it did in months prior, there’s hope that Liverpool drops points against City’s rivals on Sunday. City did also advance its fortunes in two domestic competitions, beating United in the first leg of the Carabao Cup semis and easily advancing to the next round of the FA Cup.

Crystal Palace (last five Premier League matches: LWDDD) was lucky to draw with Arsenal last week, though going a man up for nearly the last half-hour of the match helped its luck. Jordan Ayew got the equalizer while each team still had 11 men on the field, but they couldn’t take advantage of what’s been a suspect defense this year.