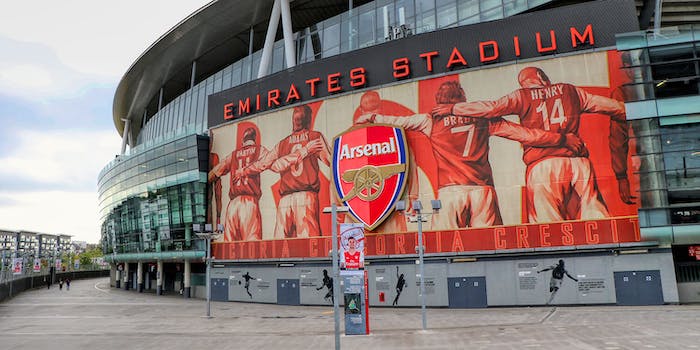 How to stream Arsenal vs. Crystal Palace

It’s not a great time to be an Arsenal fan. But it’s not the worst time, as Thursday’s come-from-behind victory in the Europa League illustrates. However, Monday’s loss at Sheffield United was just the latest source of complaint for Arsenal fans discontent with the team’s current limbo. If it’s to change, perhaps it starts with a successful home match against another London team? That just may happen when Arsenal takes on Crystal Palace on Sunday.

Here’s everything you need to know to stream Arsenal vs. Crystal Palace live.

Arsenal (Form: DWDWL) lost to Sheffield United 1-0 on Monday. It gave up a first-half goal during the match and never got an equalizer, despite a 69 percent possession advantage. Thursday in the Europa League was better, although it almost wasn’t. Arsenal was down 2-1 to Vitoria, but two late goals by Nicolas Pepe allowed the Gunners to find victory.

Crystal Palace (Form: LDWWL), despite losing 2-0 to Manchester City last weekend, is right behind Arsenal at sixth place in the standings, one place better than Spurs and third in the London table. While this might not last, Roy Hodgson and his players are certainly enjoying a start to the season that includes wins over Manchester United and West Ham. Next on the schedule, though: a red-hot Leicester City that just dismantled Southampton 9-0. So have fun with that!