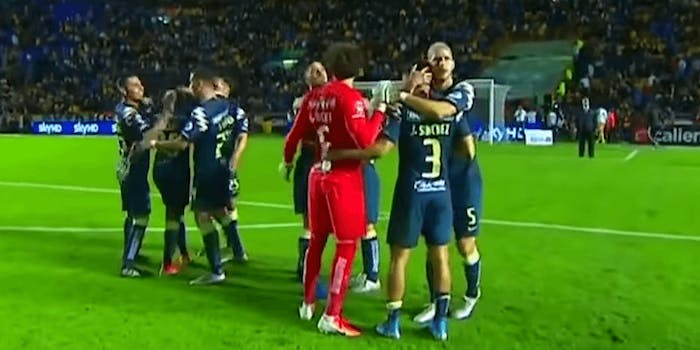 America's no longer in an uncustomary underdog position ... but Morelia still is.

The underdog motif in the Liga MX Liguilla Apertura continues on Thursday night. Sixth-seed Club América travel to seventh seed Morelia in the first leg of the semifinal tie. Both clubs won their quarterfinals in pivotal road matches; look for América to try and wrap up the series before the second leg at Estadio Azteca on Sunday.

Here’s everything you need to know to live stream América vs. Morelia, including what to watch for on the pitch.

América vs. Morelia: What to watch for

Club América scored a heroic win against reigning champions UANL Tigres in Monterrey. Las Aguilas have gone from being a rare underdog in the first round to being among the usual favorites to win the Liguilla. América couldn’t have dreamed of home field advantage after being a six seed, but this is the nature of the Liguilla.

Morelia is a true David though, with only one championship won back in 2000 and only one top-two finish in the last 15 years. It’s on the verge of history, and for their opportunity to come against the most successful Mexican club makes their narrative all the more intriguing. Monarcas advanced last round despite a wild 3-3 home game with two red cards in the second half, and a 96th-minute equalizer which proved to be critical for the advancement into the semifinals.