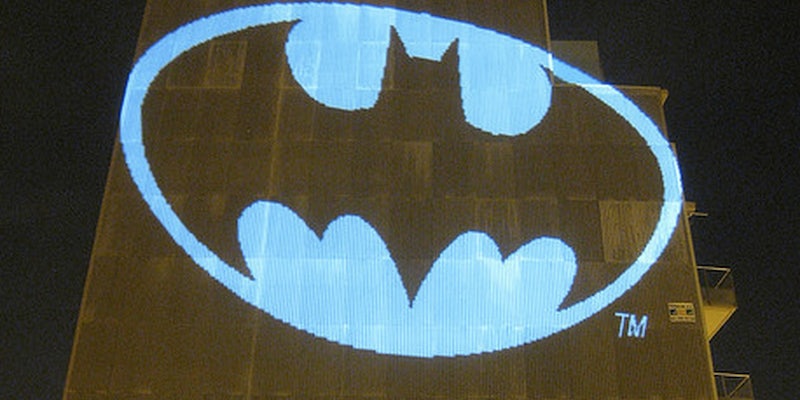 How to avoid spoilers for “The Dark Knight Rises”

If you follow these five steps, the Internet might not ruin Christopher Nolan's Batman finale for you.

Christopher Nolan’s heavily awaited Batman finale, The Dark Knight Rises, may not come to theaters until midnight Wednesday, but it’s already been leaked.

Much to the chagrin of fans everywhere, that means spoilers are quickly multiplying—so much so that a significant portion of the Daily Dot staff has encountered them just by making our daily rounds through our social media communities.

We’d rather the same misfortune not fall on you. So you can avoid having the ending, in which Batman gets pregnant with twins*, spoiled for you, follow this handy list of tips.

Spoiler alert: We’ve added links so you know what we’re talking about, but please don’t click until after the movie.

Movie critics are already publishing their reviews, and there’s no single standard for what critics define as a spoiler. For example, AP movie critic Christy Lemire exposed several of its major plot points in her scathing review, perhaps to save readers from too eagerly anticipating them. Even when critics enjoy a movie, their job is to review it, and that often means bringing up plot. (The movie review is here.)

It’s a free and open Internet, and if party poopers want to spoil the movie, they’re going to spoil it. Try to avoid forum discussions of The Dark Knight Rises, even if they claim to be spoiler-free. For example, a thread on the front page of Reddit actually informs people about avoiding spoilers, but some troublemakers have still used it to handily post the plot points in the comments. (Once again, please do not click the link if you don’t want the movie spoiled!)

An addon can help you easily censor spoilers from your online experience. The Profanity Filter was made to block objectionable language, but there’s nothing to stop you from temporarily blocking every instance of “Batman” or “The Dark Knight.” Same goes for tinyFilter (Chrome) and ProCon (Firefox). If you’re a diehard Tumblr user, you can try Tumblr Savior.

For those willing and able to go to such severe measures, complete Internet abstinence might be your best bet. Nearly all of the chatter you’ll encounter will be online, and short of somebody shouting the equivalent of “SNAPE KILLS DUMBLEDORE” out the car window while you’re in line for the movie, this is the most surefire approach.

Several of his tweets have linked to a possible Dark Knight spoiler. We’re not saying which.

* Kidding. As far as you know.