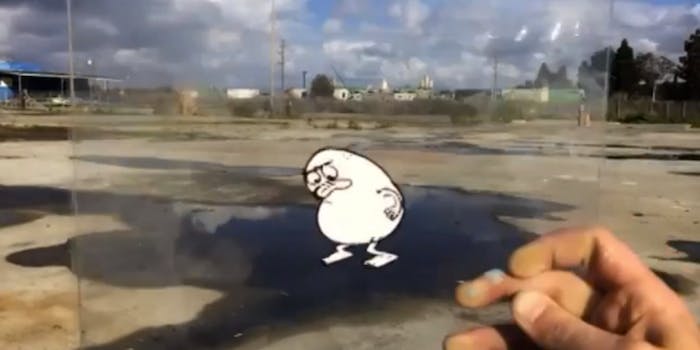 One artist turned everyday spaces into animated reality with an iPhone

It’s easy to forget what we can see, with a little imagination.

We spend so many hours staring at computer and smartphone screens, it’s easy to forget what we might be able to see, with a little imagination.

Using “a unique animation technique involving traditional animation cels and his iPhone 5s,” artist Marty Cooper, a.k.a. Hombre_McSteez, offered a different screen into his world, one where cartoon creatures run amok. This is “Aug(De)mented Reality”:

Over on his Instagram, Cooper has even more brilliant animations of everyday spaces.