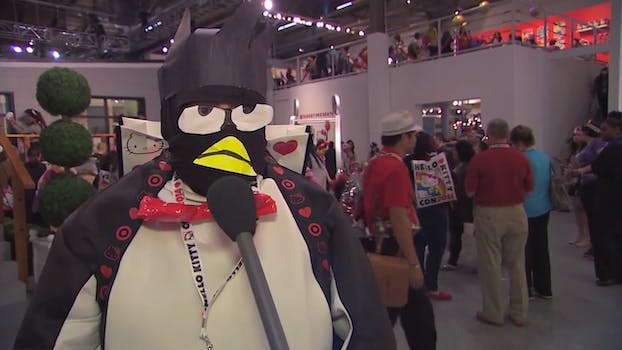 Hello Kitty's been around for 40 years, but Kimmel was only interested in one thing.

Adults and children alike descended on the first Hello Kitty Con in Los Angeles several weeks ago, but when his late-night show covered the event, Jimmy Kimmel was only interested in one question.

Given that the franchise has been around for 40 years, there are bound to be many older Hello Kitty fans in attendance of their own accord. Kimmel, clinging to the idea that these older convention-goers are creepy, sent a team out to ask them whether they were alone or with their kids. The talk show host even had his audience guess the answer beforehand.

It’s not as one-sided as you’d expect, and while Kimmel’s audience will probably relate most to the con-goer who’d rather be just about anywhere else, most of the Hello Kitty Con attendees seem to be having fun despite the judgment of a TV crew.