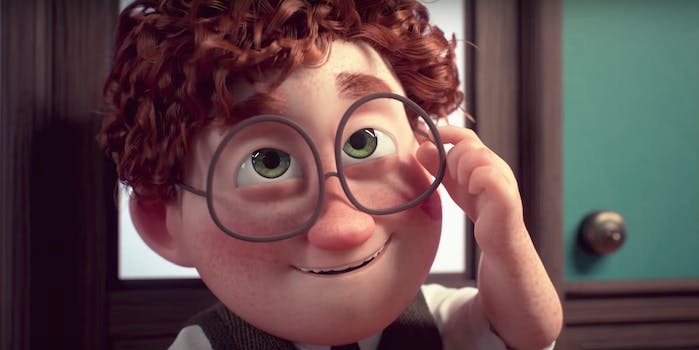 Pixar totally deserves some credit for this baked beans short.

If you’re in Australia and have seen the latest baked beans ad from Heinz, you might wonder if Pixar directed the commercial itself.

The food conglomerate dropped an homage of sorts on Monday to Pixar’s highly successful animated film Up for its new Australian ad campaign promoting its baked bean line. The ad channels every bit of the film from the expressive character designs and realistic 3D buildings to its vivid imagery.

The short opens with a quick montage about life of the main character, Geoff, through a collage of photos before the shot settles on him walking toward a Heinz manufacturing plant with a résumé in hand. Geoff lands a job as the head of innovation, followed by a series of quick shots of him toying around with gadgets to create a machine that will can the perfect amount of baked beans in family-sized portions.

Similar to lovable widow Carl Fredricksen from the Pixar film, Geoff’s whole life orbit is changed when he fall in loves with a co-worker from the spaghetti department. Geoff goes through many of the same life experiences fans saw Carl go through in Up: getting his first job, marrying the woman of his dreams, a geeky-yet-sweet themed proposal, and a trip to the hospital.

The ad is so similar to the film, you might wonder if will also bring you to tears—but don’t worry. You may have a craving for baked beans by the time you’re done watching it, but you won’t be contemplating love and loss.