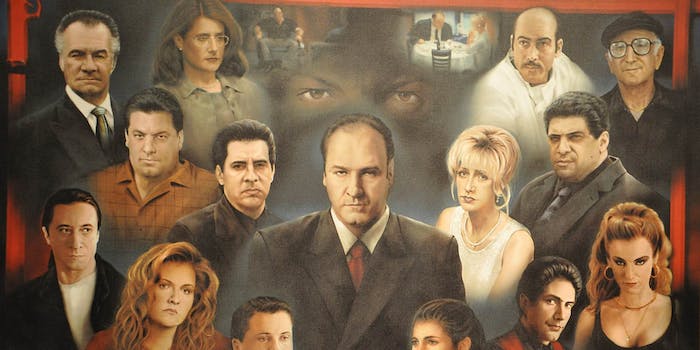 Got Amazon Prime? Here are the HBO shows you should watch first

Flight of the Conchords

The first crop of HBO shows available include some of television’s most lauded dramas, but they’re a big time commitment. Wade into your HBO binge with one of the lighter offerings: Flight of the Conchords. Starring New Zealand’s fourth most-popular guitar-based digi-bongo acapella-rap-funk-comedy folk duo, Jemaine Clement and Bret McKenzie, the show is 22 quick, funny episodes. It’s like an appetizer for all the depressing stuff you’ll watch later.

Yeah, I know, you want to watch The Wire. Hold your horses and watch Gia first. The 1998 biopic features a star-making turn by Angelina Jolie (and Mila Kunis plays the younger version of her character). It is exciting, then sad. It was written by Jay McInerney.

OK, now you can watch The Wire. I just wanted to give you a little taste of watching wrenching HBO content about the ravages of drugs with Gia before giving you The Wire. It’s like how people get base tans before summer. I gave you a base sadness about addiction.

After you watch all 60 episodes of The Wire and feel as though you can no longer contemplate the crushing weight of institutional failure, watch a show about the world’s biggest asshole. Kenny Powers is not for the gentle of spirit, but he’s an abrasive garbage person who will make you laugh.

Just as Eastbound & Down was a palate cleanser for The Wire, Band of Brothers might be necessary viewing to restore your belief that human decency and solidarity is possible.

If you found yourself watching Eastbound & Down and thought “I like the whole tubby white guy as protagonist thing, but wish he was less vulgar and more violent?” It is time to watch The Sopranos. And now you can fight with your friends over whether The Sopranos is better than The Wire.

I know, it’s a lot to handle after 86 episodes of The Sopranos. But your HBO binge would not be complete without seeing Christopher Meloni’s most deranged incarnation. This was also HBO’s first one-hour drama, so it’s a must-watch for historical purposes and such.

Enlightened, starring Laura Dern as obstinate corporate striver Amy Jellicoe, was canceled too soon. HBO has no shortage of deeply flawed yet compelling male anti-heros, but fewer female-driven shows. Its most famous female protagonist, Carrie Bradshaw, remains unavailable in the streaming world, likely due to HBO’s syndication deal for Sex and the City. So you’ll have to savor Dern’s raw performance, because most of the shows available on Amazon are anchored by dudes.

By the time you get to Six Feet Under, this summer should be over, or else you’ve watched a disgusting amount of TV in a very short period of time. And that’s a good thing, because Six Feet Under should best be enjoyed in cold weather, as the green world goes to sleep. Even though the show is set in sunny L.A., the theme of death pervades the drama about a family running a funeral home.

All excellent miniseries worth checking out. All pretty serious/heavy stuff, so if you’re feeling depressed after Six Feet Under ends and just want to keep the sadness vibes going, go for it.