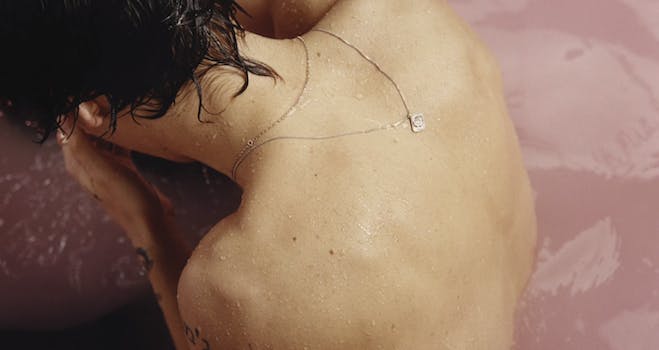 Harry Styles finds pleasure in the past on his earnest, exhilarating solo debut

The 23-year-old pop star emerges from One Direction with an indelible mix of tender acoustic balladry and raucous garage rock.

Sooner or later, every boy-band crooner sheds his teenybopper skin and starts making music he believes will be taken seriously. George Michael emerged from the ashes of bubblegum duo Wham! with sexed-up R&B. Justin Timberlake went triple platinum with the sensual robo-funk of Justified. Now One Direction alum Harry Styles steals the spotlight on his eponymous solo debut, mining the contents of his parents’ record crates to kick out a batch of earthy, acoustic lamentations and barn-burning rockers of yesteryear.

Virtuosity is all the rage in pop music, and Styles found his perfect bedfellows in “Uptown Funk” producer Jeff Bhasker and a backing band of veteran session musicians, with whom the singer shares co-writing credits for each of the album’s 10 tracks. Together the seasoned outfit creates a lush, melodic canvas upon which Styles projects his deepest heartache and insatiable lust.

And boy, is there a lot of lust. Look no further than the swaggering, Stonesian “Only Angel,” Styles’ ode to a woman who’s “a devil in between the sheets,” and whom he “ends up meeting in the hallway every single time”—probably not to discuss string arrangements. He boasts about “hard candy dripping on me till my feet are wet” in the muscular raunch-romp of “Kiwi,” which also features the most absurdly rock ‘n’ roll couplet of 2017: “When she’s alone, she goes home to a cactus / in a black dress, she’s such an actress.”

One can infer from this exhilarating one-two punch that Styles has either had a lot of sex in the past two years, or read a lot of memoirs by dudes who have. Yet despite his gleeful bad-boy posturing, the 23-year-old sounds most at home when he’s bemoaning lost love over delicate strings and languid slide guitars, echoing heartsick poets of yore in both sound and sentiment. Sublime album opener “Meet Me In the Hallway” sounds like a Rubber Soul outtake with its sprightly bass line and double-tracked vocals, while the slinky folk strut of “Carolina” recalls Stealers Wheel’s “Stuck In the Middle With You.” On the devastatingly tender “From the Dining Table,” Styles channels “Sour Girl”-era Stone Temple Pilots as he asks, “Why won’t you ever be the first one to break?”

Ultimately, though, these retro-rock influences would amount to nil if Styles’ own personality didn’t shine through on each track. On his solo debut, the young superstar sounds confident in his new skin, in control of his own destiny, and eager to continue his musical discovery. “Oh, tell me something I don’t already know,” he pleads on “Ever Since New York.” No can do, Styles, but I’ll tell you something obvious: Keep this up and you’re going to be famous for a long time.