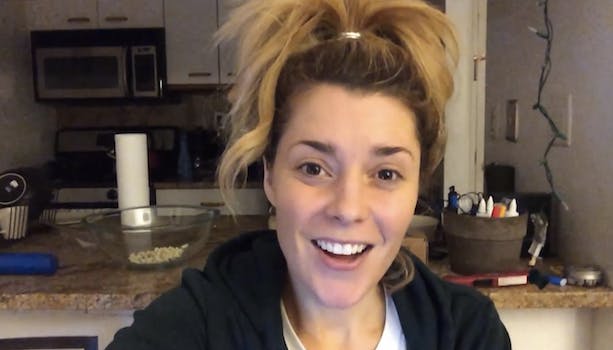 YouTube‘s star vlogger will officially make the leap to television in 2015.

Grace Helbig, who became well-known for her long-running daily vlog series, will now add “talk show host” to her resume since E! picked up Helbig’s tentatively titled The Grace Helbig Project to a series order. The potential show was announced in August, and will be produced by Embassy Row, the company behind Jerry Seinfeld’s Comedians in Cars Getting Coffee.

“This show is a fresh take on the conventional talk show with a very unconventional host who has already captured an enormous fanbase of young viewers on the Web,” said Jeff Olde, E! Entertainment executive vice president of original programming and development, in a statement. “As we continue to seek out programming that offers a rich multiplatform experience, we are excited to launch this forward-thinking talk show that speaks so perfectly to our audience and to the core of E!’s pop culture brand.”

The show promises celebrity interviews, pop culture discussion, and unconventional settings. Helbig has already sharpened her skills on several high-profile projects, like the film Camp Takota with fellow YouTubers, as well as her travel show with Mamrie Hart that aired on digital channel Astronaut’s Wanted. The E! show will tap into Helbig’s impressive social media presence, offering interactions on Twitter, Vine, and Instagram.

No premiere date is set for the series.