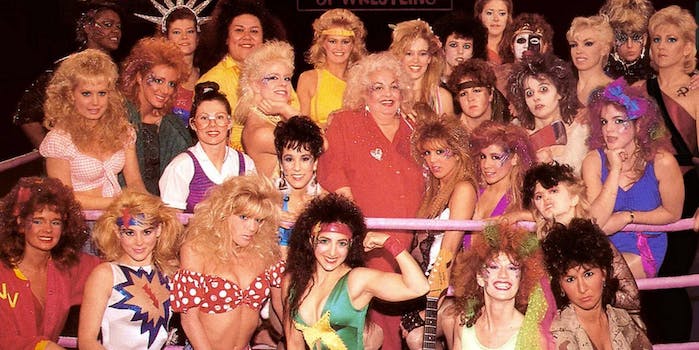 Get ready for big hair and body slams.

Jenji Kohan’s latest project is bringing the Gorgeous Ladies of Wrestling to Netflix.

The creator of Orange Is the New Black is focusing on a new group of ladies, according to the Hollywood Reporter: the female wrestlers of ’80s TV show G.L.O.W. (Gorgeous Ladies of Wrestling). The show gave women in wrestling a storyline and elevated their distinct characters and personalities. It also tried its hand at sketch comedy.

A 2012 documentary on G.L.O.W. showed just how popular it became, and how much it affected the women’s lives, for better and for worse. The 10-episode series, co-created by OITNB writer Carly Mensch and Liz Flahive (Adult Beginners, Homeland), will hinge on a fictionalized account of one woman’s time on the series, inspired by the true story. It will be set in Los Angeles and promises “big hair and body slams.”

Orange Is the New Black season 4 debuts on June 17.