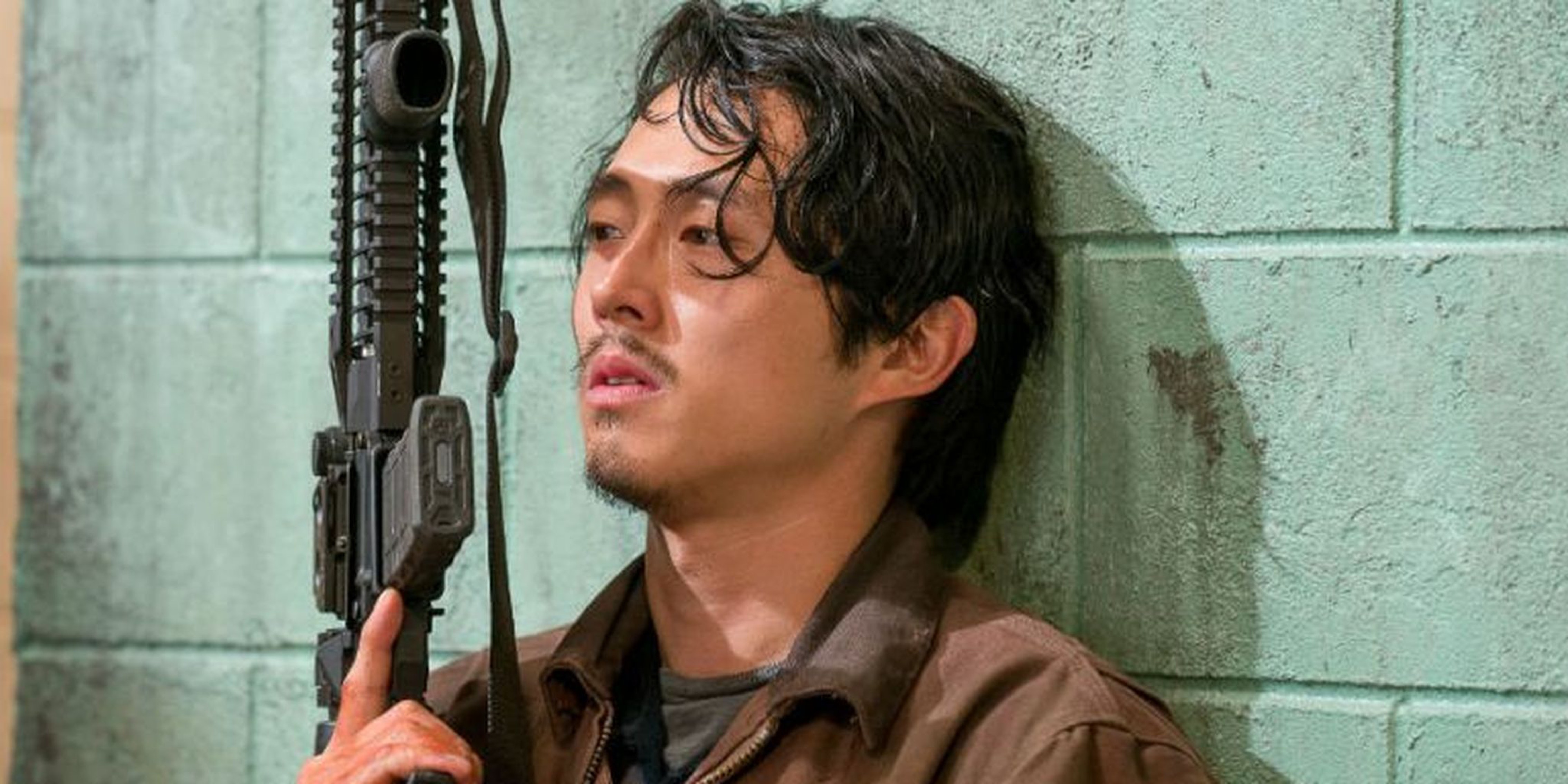 Glenn needs to be killed by Negan on ‘The Walking Dead’

For 'The Walking Dead' to move forward, we need to say goodbye.

It’s the mystery of the summer: Who did Negan (Jeffrey Dean Morgan) kill in The Walking Dead’s season 6 finale? Fans have spun their own theories since that brutal episode came to an end, with a number of possibilities for who could have been bludgeoned by that infamous bat.

If you haven’t read The Walking Dead graphic novels and don’t want to be spoiled, this is where you should stop reading.

As comic book fans know, it’s Glenn that Negan kills in the original story. However many fans assumed the show would make a change from that story and have someone else meet Negan’s bat.

While that could certainly happen, it wouldn’t be the best solution. After stringing fans along with Glenn’s faux death early in season 6, it’s time to give fans the gut punch of truly saying goodbye to his character.

The Walking Dead needs to launch its new season with a bang and nothing is going to hurt fans quite as much as Glenn getting his head smashed in. Dating back to practically episode 2 of the first season, Glenn has been the heart of the show.

He was just a kid delivering pizzas who got caught in the zombie apocalypse, fell in love, got married, became a warrior, and is on the road to becoming a father. A guy like that doesn’t deserve this death, but it reinforces the idea that nobody is truly safe in this horrible world—one in which the living are just as dangerous as the dead.

It will be devastating to see a character like him die, but it’s also the necessary catalyst to inspire his friends to rise up and defeat Negan. Look at the final moments of the season 6 finale. Every single member of that group is already emotionally and physically defeated. Rick (Andrew Lincoln) is shaking with terror after realizing it’s a situation he can’t talk or fight his way out of.

This is it for that entire crew without the proper motivation. Glenn could be that motivation.

What’s more, it could kickstart the next chapter of Maggie’s story. In the comics, this death is what sets Maggie on the trajectory to become the leader of the Hilltop colony. Where it would send her on the show remains to be seen, but the character has what it takes to become a strong leader and should she go that route it will be a joy to watch.

Then again, she could end up dead alongside Glenn if a new popular theory turns out to be true. Regardless, it’s Glenn’s time. He’s survived a lot but Negan’s bat? We just don’t see him getting away from that.

The Walking Dead returns Oct. 23 at 9pm ET on AMC.