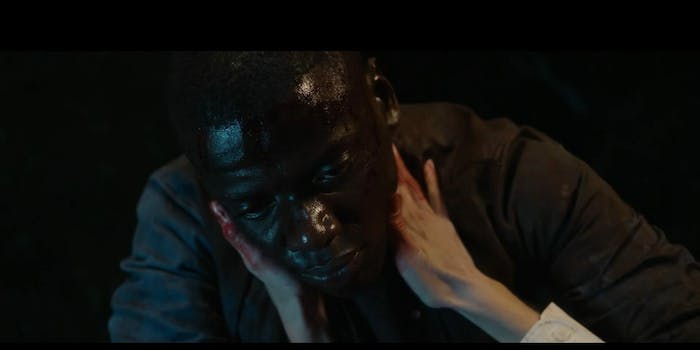 Jordan Peele’s alternate ending to ‘Get Out’ is absolutely chilling

This will make you look at the movie in a new light.

Warning: Spoilers for Get Out below.

The ending of Get Out was a suspenseful, yet relieving and crowd-pleasing climax. It left you feeling glad to be alive and happy to have sought out the movie. But that’s not the only ending director Jordan Peele had in mind when he made his psychological thriller.

And now we finally get to see the alternative ending that never was. An ending that’s dark and chilling.

Now immediately forget you watched that bummer of an ending and only remember the movie finale that made you feel good when leaving the theater.